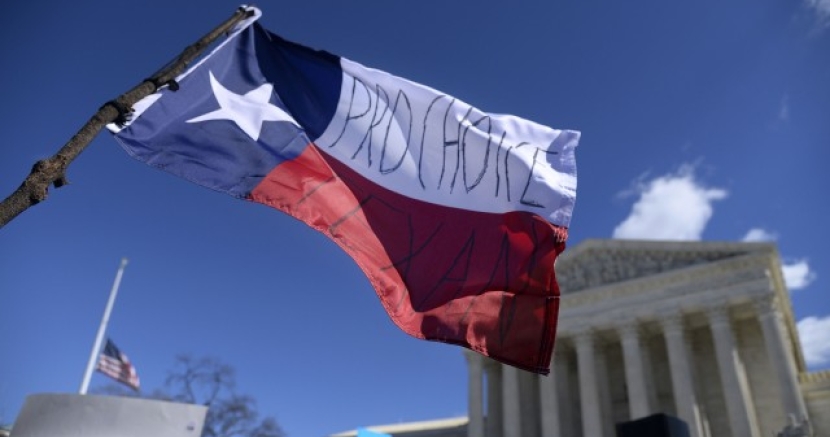 Check out these stories about the historic victory, its impact, and the fight ahead from voices from around the state and beyond.

"We’ve known all along that Texas didn’t have evidence that the law’s restrictions protected patients. We heard it at committee hearings and legislative floor debates in 2013 when the law was first introduced, we heard it in Austin during the 2014 federal district court bench trial, and we heard it all the way through March during Supreme Court oral arguments." - Alexa Garcia-Ditta, Texas Observer

Abortion Ruling a Vindication For Wendy Davis and 'Unruly Mob'

“[T]here’s little doubt that the filibuster and the organizing efforts that marked 2013 have led to increased awareness, particularly among younger Texans, of reproductive health issues, which were already a lightning rod for legislative and political drama.” - Alexa Ura, Texas Tribune

Why I'm Still Infuriated About Abortion Access in Texas

“How can I not be infuriated that the people affected most by those closures — the poor, the young, people of color, people who don't live near a major city — are people who were already least able to absorb any additional hardship? Now that the sham has been laid bare, how can I suppress my hatred of Texas's lawmakers, who want only to control women's bodies?” - Merritt Tierce, Cosmopolitan

“The ruling came after years of wasting taxpayer dollars. After years of state officials assuring us that they were motivated not by politics, but because they wanted to protect the health of Texas women. Even after the nation's highest court called their bluff, people like Texas Lt. Gov. Dan Patrick stuck to the false mantra and vowed more of the same legislation. Who is the unruly mob now?” - Lisa Falkenburg, Houston Chronicle

"Whole Woman’s Health leaves the right to an abortion on much stronger footing than it stood on before this decision was handed down. It’s difficult to exaggerate just how awesomely anti-abortion advocates erred in urging Texas to pass HB 2 in the first place." - Ian Millhiser, Think Progress

It Could Take Years for Texas Abortion Clinics to Reopen, Even After a Supreme Court Victory

""People often say, ‘Are you going to reopen if you win?’ And it’s not just a matter of will or gumption," [Amy] Hagstrom Miller said. "Philosophically, my answer would be, ‘Hell yeah.’" But economically and logistically, she said, it’s a different ballgame." - Emily Crockett, Vox

"Whole Woman’s Health v. Hellerstedt has the potential to reach far beyond TRAP laws in the fight for comprehensive reproductive health care. Finally, we’ve got a Supreme Court decision that demands facts over rhetoric and data over belief, and doesn’t fall into the “difficult decision that people disagree on” false equivalence." - Jessica Mason Pieklo, Rewire

"Behind the U.S. Supreme Court’s historic abortion ruling this week was a small band of academic researchers whose trove of data and analysis was instrumental in dismantling some of the country’s toughest restrictions on the procedure in Texas and beyond." - Esmé Deprez, Bloomberg

“They don’t have any statistics that say the women in Texas got healthier as a result of the law — just that the only measurable effect was a lower number of abortions. Surprise, surprise.” - Ross Ramsey, Texas Tribune