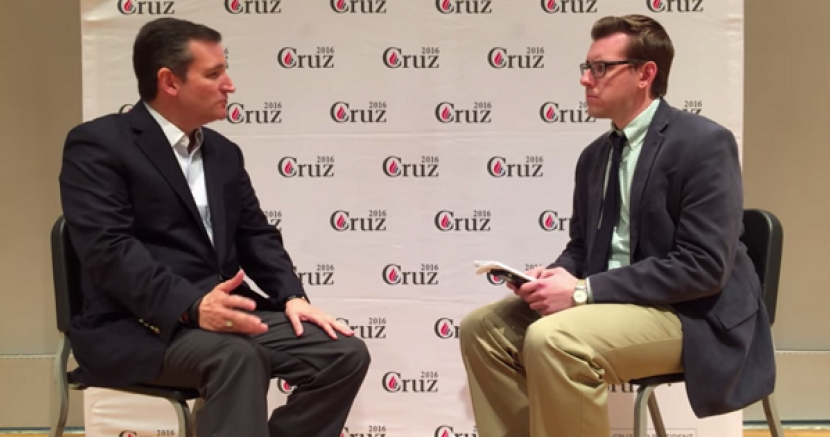 Whie many Texans celebrated when the Supreme Court declared "love wins!," Cruz was busy firing off insults that sounded less like a presidential candidate and more like a stubborn brat.

Below is his interview with the Texas Tribune on the freedom to marry.

And what was at the end of the rainbow for Ted Cruz? A "Mostly False" rating from Politifact.

It's no real surprise that Ted Cruz does not believe the freedom to marry is a freedom all Americans should enjoy. What was surprising was how Cruz's fondness for over-the-top remarks turned so quickly into a week-long bender of discrimination and bigotry.

Here's how Cruz talked about three key aspects of the SCOTUS ruling on same-sex marriage:

On the Supreme Court ruling...

After the ruling, Cruz called it some of the "darkest 24 hours in our nation's history." Cruz blamed Hollywood and the mainstream media for conducting a "propaganda effort" that allowed widespread "liberal intolerance and fascism" that, ultimately, was persecuting Christians.

On the Supreme Court justices...

Cruz called the 9 Supreme Court justices "robed Houdinis" that had "put on an Obama jersey" and "disregarded the text of the constitution."

On whether or not anyone has to follow the ruling...

Cruz said anyone who doesn't like the ruling doesn't have to worry, because "those who are not parties to the suit are not bound by it." He added the ruling placed "no obligation on others in government to accept the Court as the final arbiter of every constitutional question."

It doesn't take a lawyer to know that a Supreme Court ruling is the law of the land. And if your lawyer is Ted Cruz, you may want counsel that is a bit less immature.
Tags
Ted Cruz
Tea Party
LGBT Rights
Why Courts Matter
CruzWatch