Ted Cruz Finally Passed Some Legislation. Your Web History Can Now be Sold Without Your Permission. 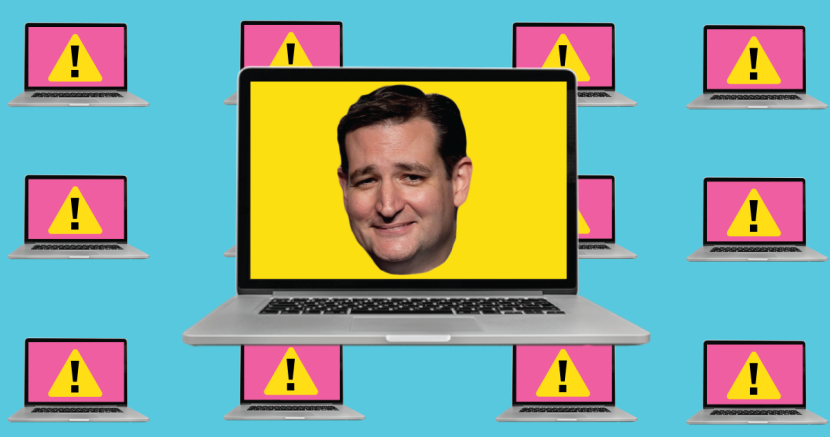 Ted Cruz — a Senator with a very, very, very thin record of actually doing the job he was elected to do — finally attached his name to a successfully-passed piece of legislation. And the issue Cruz decided was worthy of his name? Eliminating federal internet privacy protections and giving the greenlight to corporations to sell your web browsing history without your permission.

Or as Leif Reigstad explained in Texas Monthly:

“The resolution would essentially turn your web browsing history, in all of its naked shame, into a package to be sold and distributed.”

The internet has a funny karmic way about it, though. So you can now pitch in to buy the internet history of Ted Cruz.

The resolution, which was signed into law by Trump, overturns a Federal Communications Commission rule requiring internet service providers get permission before they sell consumer data, like browsing history. In passing the resolution, Congress is also preventing the FCC from issuing similar privacy rules in the future. In a statement the ACLU blasted the resolution:

“It is extremely disappointing that the Senate voted today to sacrifice the privacy rights of Americans in the interest of protecting the profits of major internet companies, including Comcast, AT&T, and Verizon.”