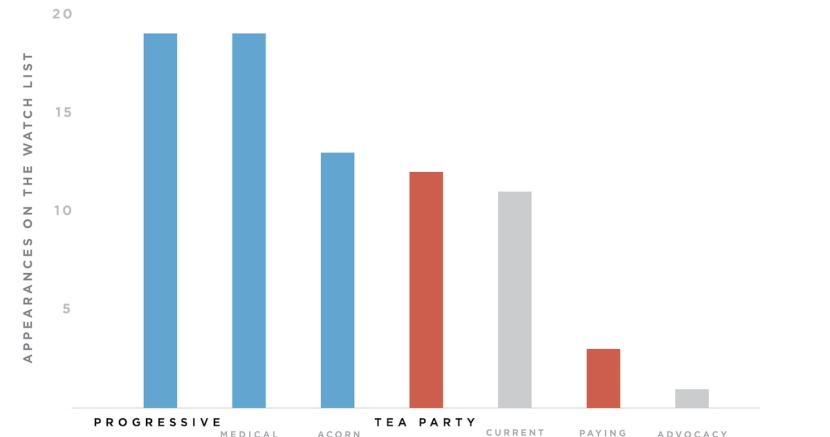 Explanation & Key Facts About the Tea Party IRS "Controversy"
In January of 2010, the United States Supreme Court ruled that corporations and unions could make unlimited contributions, in the infamous Citizens United ruling. As a result, the number of organizations seeking 501(c)4 nonprofit status jumped from 1,591 in 2010, to 3,398 in 2012 (Source: CBS News).
Since the "controversy" emerged, more facts have come to light. Some of the Tea Party groups the IRS had scrutinized were acting more like political organizations than nonprofits, as the New York Times reported. The increased amount of questionable applications created an administrative overload for an understaffed and underfunded IRS. Ultimately, 296 organizations received additional scrutiny from the IRS - and 67% of them appear to not even be conservative groups (Source: Washington Post). 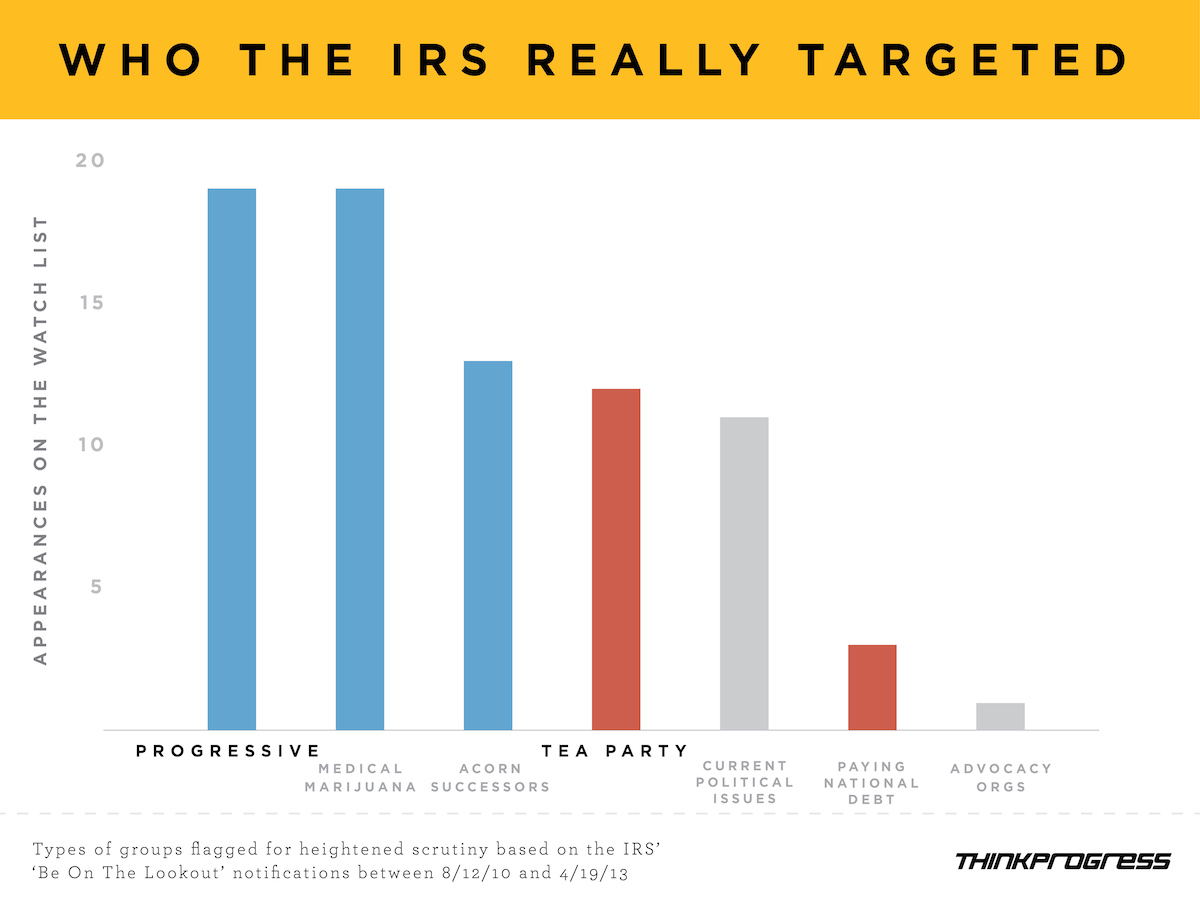 How is Progress Texas Involved?
When we applied for tax-exempt status for our 501(c)4, Progress Texas received the same type of additional vetting that Tea Party groups are complaining about. We accept this vetting process and we've abided by it. We all play by the same rules, and Tea Party groups should not be exempt from the rules that apply to every other organization. We have written previously about the matter here:

The IRS sent Progress Texas a similar letter it sent various Tea Party organizations. The letter contained many of the 7 controversial questions that the IRS Inspector General report identified as worrisome, based on news reports.

The Internal Revenue Service’s screening of groups seeking tax-exempt status was broader and lasted longer than has been previously disclosed, the new head of the agency acknowledged Monday. Terms including ‘‘Israel,’’ ‘'Progressive’’ and ‘‘Occupy’’ were used by agency workers to help pick groups for closer examination, according to an internal IRS document obtained by The Associated Press.

Close to a third of the advocacy groups named by the Internal Revenue Service as recipients of special scrutiny during tax-exempt application reviews were liberal or neutral in political outlook, a leading nonpartisan tax newsletterreported after conducting an independent analysis of data released by the agency.

When CVFC, a conservative veterans’ group in California, applied for tax-exempt status with the Internal Revenue Service, its biggest expenditure that year was several thousand dollars in radio ads backing a Republican candidate for Congress.
The Wetumpka Tea Party, from Alabama, sponsored training for a get-out-the-vote initiative dedicated to the “defeat of President Barack Obama” while the I.R.S. was weighing its application.
[...]
A close examination of these groups and others reveals an array of election activities that tax experts and former I.R.S. officials said would provide a legitimate basis for flagging them for closer review.

Another application that seemingly got caught up in the backlog came from a group of journalists in Chicago. The Chicago News Cooperative provided news for the Midwest edition of The New York Times. The co-op also sought tax-exempt status. Veteran journalist James O'Shea, a former managing editor of The Chicago Tribune, was in charge.

MSNBC (May 18, 2013) - Congressman Doggett: IRS hearing 'showed what a giant overreach the matter is'

The Internal Revenue Service, under pressure after admitting it targeted anti-tax Tea Party groups for scrutiny in recent years, also had its eye on at least three Democratic-leaning organizations seeking nonprofit status. One of those groups, Emerge America, saw its tax-exempt status denied, forcing it to disclose its donors and pay some taxes. None of the Republican groups have said their applications were rejected.

Grant wrote that "centralization was warranted" because many of the applications the IRS began to receive in 2010 "were in many cases vague as to the activities the applicants planned to conduct.
"For example, a number of applications indicated that the organization did not plan to conduct political campaign activity, but elsewhere described activities that appeared in fact to be such activity."