The Supreme Court Could Jeopardize Health Coverage For 1.5 Million Texans 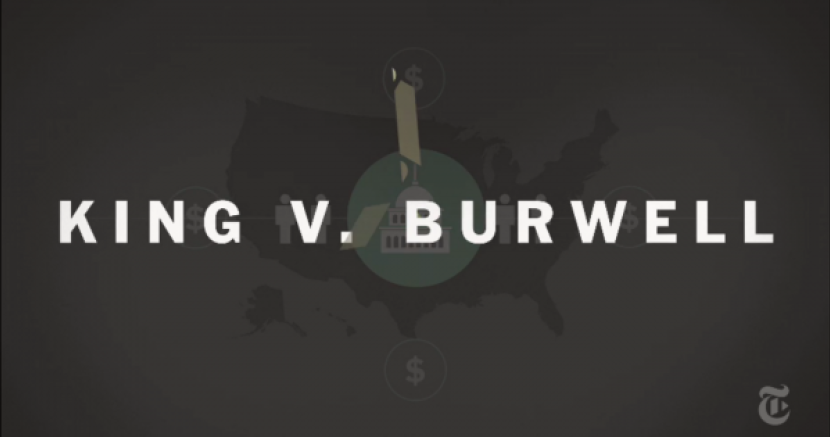 Elise Lindstrand
UPDATE: The Dallas Morning News editorial board weighs in on the issue, and supports legislation by Rep. Chris Turner to confront this potential crisis.
A case before the U.S. Supreme Court regarding the Affordable Care Act could put private health care coverage in jeopardy for 1.5 million Texans. There's been significant buzz around a hearing scheduled for March 4th in the case of King v. Burwell, and the impact it could have on those who enrolled in through Healthcare.gov.
King v. Burwell is just another Republican attempt to take the "affordable" out of healthcare, and we've made it our priority to ensure Texans have the facts they need.
Below is an overview of the case and how it could affect Texas.

What is King v. Burwell?

King v. Burwell is a lawsuit which challenges the tax subsidies portion of the Affordable Care Act. The challengers argue that the text of the ACA— four words in a 906-page statute, "established by the State”— only allows for subsidies on state-run exchanges. Being that the regulation as implemented by the Internal Revenue Service (IRS) provides for subsidies on state-run exchanges as well as federal exchanges, the challengers claim that this exceeds the authority Congress was granted.

Essentially, the lawsuit aims to cancel the tax credits provided by the ACA, which would effectively strip the “affordability” right out of the law. It will be up to the Supreme Court to determine how those four words - literally - should and will be read.

1.5 Million Texans Could Lose Health Care. This Is Why Courts Matter.

One of the most beneficial elements of the ACA lies in its affordability. Nearly 86% of Texans who enrolled in health care through the marketplace were eligible for tax credits which made their premiums, and likewise the cost of maintaining their health, affordable.

Currently, only 14 states operate on state-run exchanges, which leaves the remaining 36 states subject to hardship if the suit is successful. Texas is one of those states.

It’s estimated that nearly 8 million Americans would lose their tax credits if the challenge is successful, and the sharp hike in premiums would likely result in cancellation of most, if not all plans. The very success of the suit could result in thousands of deaths.

The effects are especially staggering in Texas:

This is why courts matter. Just like when the Supreme Court upheld the Affordable Care Act in 2012, the health care future of millions of Americans ultimately lies not with the President or Congress, but with the courts.