Stories of Humans Against Ted Cruz 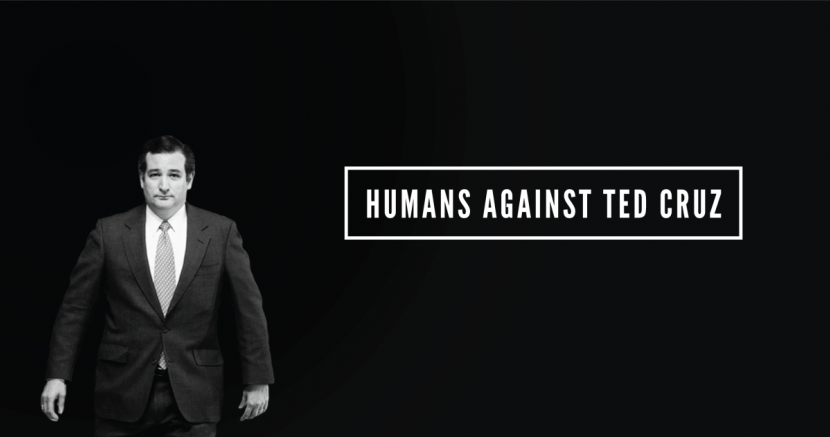 Progress Texas
Our state is full of humans who have been impacted by the terrible policy positions of Ted Cruz. These are some of their stories.

If you, your family, or friends have been impacted by Ted Cruz’s seriously terrible policy positions, we want to hear from you. Click here to share your story. I am a retired occupational therapist who’s worked mainly with handicapped children in hospitals, schools, and early intervention programs for more than 40 years. I’m passionate about health care for all, especially children with disabilities. Over my 40 plus years, I have watched health care become more and more expensive with less coverage. I have struggled to find the proper care for a family member only to reach a lifetime maximum.

Cruz does not support health care for all, he does not support Obamacare. Since both my husband and I are retired we have Medicare and all ready the premiums have increased significantly even though we are enrolled in an advantage program as have prescription costs.  Along with that I see the early intervention programs declining along with school programs. I saw families struggle to make ends meet.

I have written to this senator and phoned his offices numerous time since Trump came into office. The man has never responded! He is allowing our state to be one of the poorest in health care while supporting the NRA and big conglomerates. I believe in equality for all, regardless of religion, political affiliation, gender, sexual orientation, ethnicity, etc.

I am a caretaker for my aunt who is an amputee with severe neuropathy in her limbs. She depends on Social Security Disability Insurance (SSDI) and Supplemental Nutrition Assistance Program (SNAP) benefits to get by, and still, she is unable to pay for her tertiary health care, some medications, household items, etc. Her SSDI is so low that she can barely afford housing and basic bills, aside from much else. With talks of making recipients work and of SNAP funds getting slashed, she is very much afraid of what that means for her future. And with no one reigning in Big Pharma, the lifesaving drugs she requires are bankrupting her. I’m passionate about migrant justice. Cruz demonizes immigrants at every level. He stonewalls any real immigrant justice or legislation to protect immigrants; instead he has a simplistic insistence against "amnesty" without real solution. I have been passionate about politics my whole life. I worked at the Legislative Council, and also had the good fortune to work on Ann Richards campaign for governor. I'm an old-timer.

I contacted Cruz on so many subjects, and hardly ever heard back from him. I contacted him about the unfairness of voter ID laws, and why they were detrimental to people of color. I was almost not allowed to vote in 2014, and had to cast a provisional ballot, but Cruz told me that the "hardship" of obtaining ID did not outweigh the risk of voter fraud. He helped to try to disenfranchise me. I was very angry. But after I let him know that, he never replied to my requests again, but he did manage to put me on a list for soliciting campaign contributions! He's a monster who has to go.