The State has won an appeal to defund Planned Parenthood from Medicaid, here’s what it means for Texans 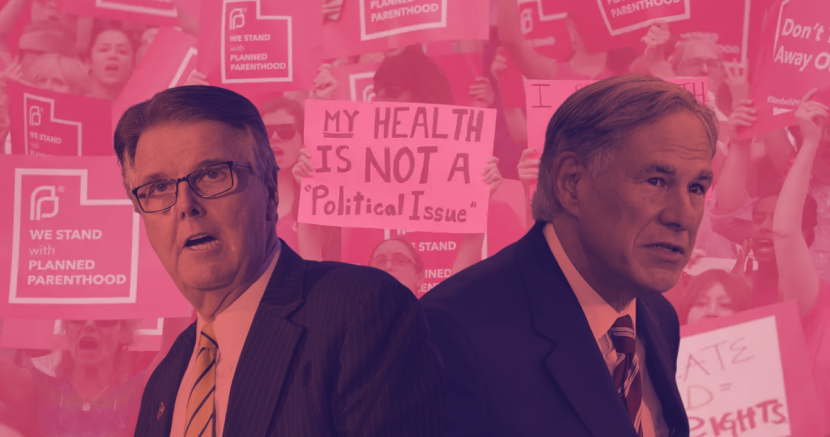 Lisa Nhan
This decision comes as 659,000 Texans have lost health coverage, Texas already has the highest uninsured rate in America.

In a move that will take away accessible health care when Texans need it the most, the Fifth Circuit Court of Appeals ruled that Texas can remove Planned Parenthood from its Medicaid program. The ruling came right before Thanksgiving, and as a result, the millions of Texans who are insured through Medicaid will no longer have the ability to use its benefits to help them get the critical, affordable health services Planned Parenthood provides. As of now, the Fifth Circuit’s order has yet to take place.

The notoriously conservative Fifth Circuit ruled that Texas has the right to deem which Medicaid beneficiaries are “qualified.” This case was decided by 16 judges, five of which were nominated by President Trump and 11 judges joined the majority opinion. The case had previously made its way to a lower court in 2017, where the judge ruled against the state. However, now the only court which could reserve the Fifth Circuit’s ruling is the Supreme Court. Planned Parenthood is still helping patients under Medicaid for now, and Texans can use their coverage to pay for services through December 14.

In its arguments to block Planned Parenthood, the state used a 2015 falsely edited video from anti-abortion advocates which claimed Planned Parenthood sold fetal tissue. It was this video that led a Republican effort to cut off Medicaid funding and as a result, in 2015 Gov. Greg Abbott issued the mandate. There has been no evidence found in investigations that support the false claims in the video. A grand jury ruled that it could not find any criminal activity happening at Planned Parenthood.

But evidence doesn’t matter to Texas Republicans like indicted Attorney General Ken Paxton, who cited the video when he publicly supported the ruling. The ruling will also have a similar effect in Louisiana and Mississippi, as the Fifth Circuit also reversed a ruling that previously stopped Louisiana from banning Planned Parenthood funding and Mississippi is under the Fifth Circuit.

Planned Parenthood offers so much to Texans. Beyond reproductive care, such as birth control, family planning, and abortions, they also offer cancer screenings, men’s health services, sex education, LGBTQIA+ health care, HIV services, and even flu shots. Their services care for Texans of all backgrounds, but are especially critical for Black, Indigenous, people of color, and those with low-income backgrounds.

Research from the Congressional Budget Office shows that blocking Planned Parenthood from Medicaid would cost taxpayers $130 million over ten years, because of a rise of unintended pregnancies, of which Planned Parenthood helps prevent at least 579,000 a year.

This decision has come at a time when an estimated 659,000 Texans have lost their health care during the pandemic, and when this state already has the highest uninsured rate in America. As the pandemic continues, Texans need more places to seek out affordable health care, not less. Rather than help Texans get the affordable health care they need, Texan Republicans and Gov. Abbott have chosen time and time again to push their own political agendas.

But there’s still a way to take a stand against the ruling. To help Planned Parenthood, you can send an email to Gov. Abbott and demand that Planned Parenthood be added back to the Medicaid program. Planned Parenthood has created a webpage to help Texans through this process of making their voices heard. Now more than ever, Texans deserve and need accessible health care.