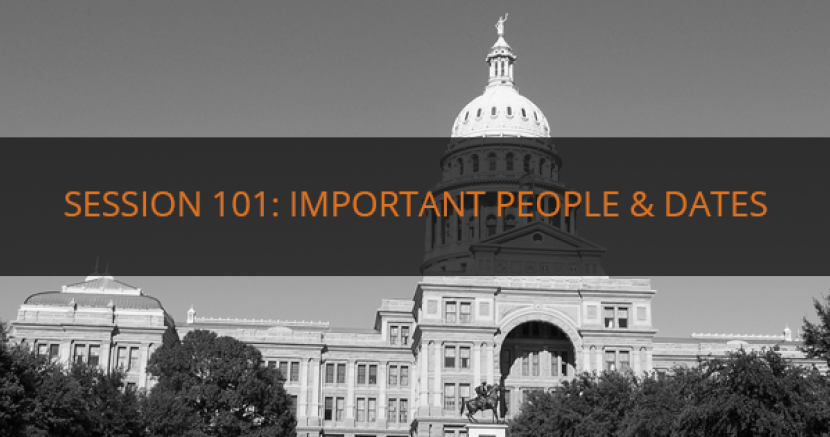 There are thousands of people that make state government work (or not work) on a daily basis.

As the 84th Texas Legislature convenes in Austin, it’s not just lawmakers that will be swarming the halls of the Capitol. There is a large, robust community that works throughout the Capitol – thousands of people make state government work (or not work) on a daily basis.

Here is a primer on who comes to the Capitol, and a rough sketch of what we expect them to be doing while they are here.

The People of the Legislature

Capitol Staffers – Every legislator has staff members to help fulfill the duties of the office. Positions include Chief of Staff, Legislative Director, Policy Director, General Counsel, Committee Clerk, Staff Assistant, and, of course, Interns. Since Senators represent more people than House members, their offices are larger and they hire more people. If forced to estimate, I’d say there are approximately 1,110 Capitol staffers that are part of the Capitol community.

Employees of the Capitol – Both the Texas Senate and Texas House directly employ a relatively small but vitally important number of people to help carry out the functions of each chamber. Parliamentarians help interpret and explains rules of each chamber. Bill clerks handle the official filing, reading, and recording of all details regarding the passing of legislation. Security officers and sergeants help maintain order in each chambers. Since members of the public aren’t allowed on the floor of the Senate or House while they meet, each chamber has messengers that will run notes, bill packets, and sometimes even food to members on and off the floor, as well as assist with a number of other important duties. Cooks in the Capitol Kitchen, housekeeping and janitorial staff, mail room workers, tour guides, and gift shop employees round out a group of underappreciated yet vitally important group of capitol employees.

Lobbyists – A lobbyist is a person that works on behalf of an interest group, organization, or business to impact change in government. A lobbyist can be someone who only works on a single issue, or someone who contracts with multiple clients to cover a range of issues. (We’ll have a post in the future that goes into more detail about lobbying). According to Texans for Public Justice, there were 1,663 lobbyists registered in late May 2013, the last time the Legislature was convened for a Regular Session.

Press – Every year, dozens of members of the press get media credentials from the Senate and House to cover the Legislative process. The press are the only people allowed on the floor of each chamber (other than legislators and approved employees of the Legislature), and will, on their best days, serve as watchdogs for the public.

Government Relations – The last but crucial group of people that make up part of the Texas Capitol community are government relations staffers. Each of Texas’ state agencies needs to work with legislatures to get their work completed. Whether it is members of the governor’s staff, or budget writers with the Legislative Budget Board, or health policy specialists with one of Texas’ health care state agencies, these lobbyists of the state play a crucial role in shaping the public policy process in the Legislature.

The official “Regular Session” of the Legislature began on Tuesday, January 13, 2015, and continues until Monday, June 1, 2015. The following is a calendar – with some specific days, and some rough timelines based on my prior experience – of what to expect during the next five months.