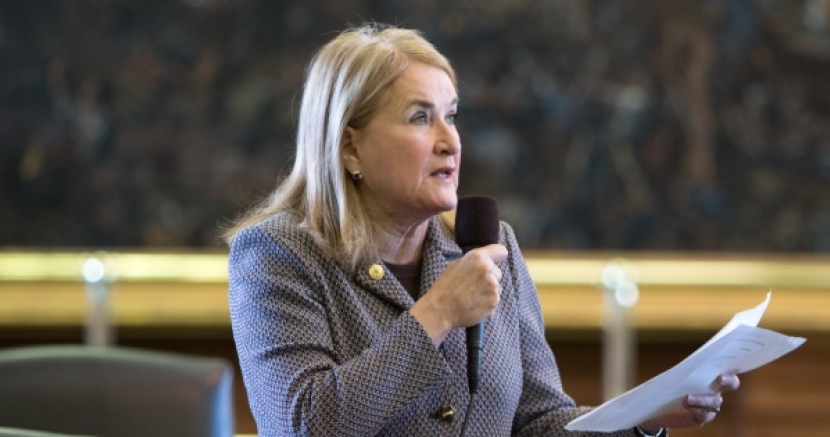 Sen. Sylvia Garcia: Why I Voted Against the State Budget

Ed. note: thanks to Senator Sylvia Garcia (D-Houston) for writing this op-ed for our site, and for her vote against the state budget.

Last Tuesday, I cast the lone “no-vote” on the Senate’s $211 billion version of the state budget. I did this because we desperately need to invest in the future of our state and, even though we have the money to do so, this budget instead kicks the can down the road.

For over a decade, Texas has been in a race to the bottom with our deteriorating transportation system, failing schools, and one of the highest levels of uninsured people in the nation. In short, Texans and Texas businesses across the state are hurting, and this budget does nothing to remedy those woes.

On the surface, this budget sounds like it has a little something for everyone.  It will cut property taxes for the majority of Texas households and increases funding for public education and “border security.” These will sound great in press releases and campaign mailers, but the truth of the matter is that the budget does not reflect an investment in Texas’ future. Rather, it reflects that some legislators are content with appeasing their primary voters, and with Texas just getting by. I know we can do better.

During the debates over the budget, I reflected on Texas legislators of the past; leaders that boldly created a top notch transportation system that facilitated our ascent to an economic powerhouse and courageously funded our university systems that are now some of the top institutions in the country. What if legislators of the past were content with Texas simply getting by? What if they just kicked the can down the road?

I could understand the justification for tightening our belt if we were experiencing tough economic times in Texas, but we are not; our state government has a substantial budget surplus. Smart people don’t let their money sit under the mattress, smart people invest it.

Unfortunately, those needs aren’t addressed in this budget, because the dialogue in this Capitol has become more about vital services we can cut, than the state we can build for the future.  It's about spending money on tax cuts and shifting more of the burden to those who can least afford it. That is morally indefensible and fiscally irresponsible.

Proponents of the budget cited that it came in well under the state’s spending limit, reflecting their goal of fiscal conservatism. But fiscal conservatism isn’t about simply cutting spending; it is about investing smart and cutting waste. There is nothing wasteful about investing in infrastructure, schools and healthcare. In fact, those are investments that always bring solid returns.

For once in a generation, we had an opportunity to make progress on the issues that confront our state, to build a better Texas for all Texans, and to use our current economic success to generate future economic growth. Sadly, we squandered that chance in this budget, opting instead to maintain the status quo.

I only hope that we work with the house leaders to finalize a state budget that reflects the needs of Texas working families, because if we keep kicking the can down the road, eventually we will run out of road.