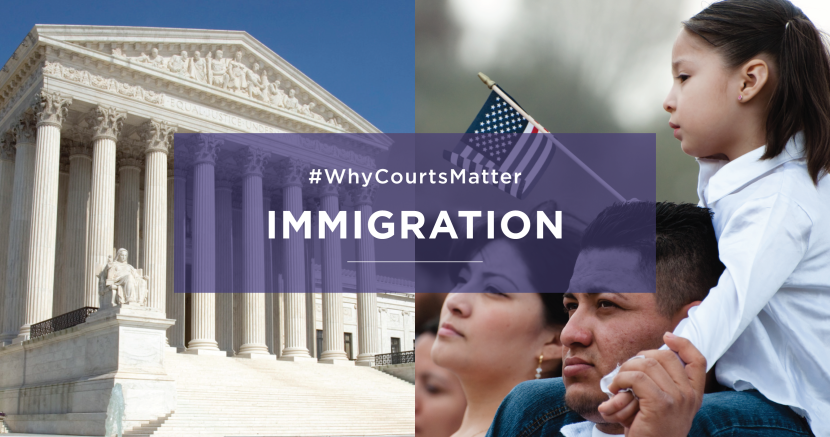 The Supreme Court was split 4-4 today on United States v. Texas, which means that millions of immigrant families are now living in uncertainty.

The court’s split decision highlights the need for Senate Republicans to do their jobs and confirm a justice to fill the Supreme Court’s ongoing vacancy.

In the face of Republican obstruction on immigration reform, President Obama issued an executive order creating the Deferred Action for Childhood Arrivals (DACA) program in 2012. DACA allows undocumented immigrants to apply for protection from deportation and work permits if they had come to the U.S. as children.
Two years later President Obama issued additional executive orders that expanded eligibility for DACA, and created the Deferred Action for Parents of Americans (DAPA) program, allowing undocumented parents with American-born children to remain in the U.S.

These common-sense policies help keep families together, and enable law enforcement to focus on real public safety risks instead of targeting hard-working immigrants. But Texas and other states filed an ideologically-motivated lawsuit to block the implementation of the 2014 measures, and the federal Fifth Circuit court opted to put an injunction on the policies. Because the Supreme Court was deadlocked on this case, the Fifth Circuit court’s decision will stand.

The good news is that the original 2012 version of DACA remains intact, since it was not challenged in this case. However, because of the court’s inability to reach a clear decision, American children born to undocumented parents will continue to live in fear that their parents will be deported. This ruling affects approximately 600,000 Texans who would have been eligible for either DAPA or the DACA expansion.

Immigrant rights advocates will keep fighting for the dignity of undocumented Americans, and plan to bring this issue back to the courts when the Supreme Court once again has a full bench.