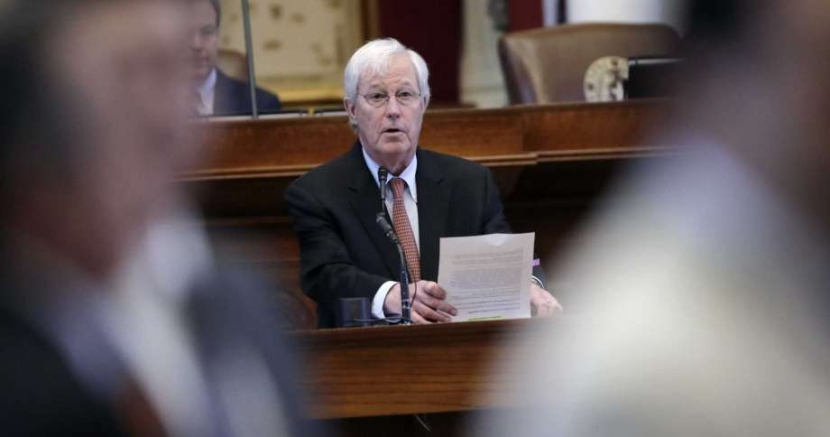 They know the measure's unconstitutional, so why bark about it?

Ed. note: the following column was originally published in the Austin Chronicle.

The silence is deafening. As members of the Texas Legislature debated the so-called 'Sanctuary Cities' bill, none of its backers claimed it to be constitutional. Given the hours of heated discourse in both the House and Senate, this is curious to say the least.

The bill, as passed by both the House and Senate, forces local law enforcement to detain and hold those folks the federal government believes have questionable immigration status. There are no warrants involved. No court orders. Immigration and Customs Enforcement (ICE) just calls or emails and says, "Keep this guy in jail while we check him out."

The measure would also allow local law enforcement to demand "papers" from anyone they want. Arizona tried this, got a federal court to give a tentative OK, then withdrew it in a settlement with immigrant rights groups.

Jailing people without probable cause clearly violates the Fourth Amendment of the U.S. Constitution. A federal judge in Illinois has already found a similar provision to be unconstitutional. ICE, Judge John Z. Lee ruled, "seeks to detain subjects without a warrant." Seems pretty clear. His ruling is on appeal and does not apply to all states.

Why bother the courts? The people of Texas see this for what it is.This is all a matter of public record. Some lawmakers, activists and journalists have noted the questionable constitutionality of the anti-sanctuary measures. During debate in the Senate last week, Sen. Jose Rodriguez, D-El Paso, questioned it, too. Sen. Charles Perry, R-Lubbock, the measure's sponsor, couldn't bring himself to answer the challenge. "If that be the case, let the courts figure it out," Perry said.

Let's read the evidence in the light of the famous Sherlock Holmes story, "Silver Blaze." In the tale, Holmes solves the murder of a horse trainer when he finds that a nearby watchdog did not bark that night, concluding that it must then have been an inside job by someone familiar with said doggy.

Why aren't the dogs barking loudly that their anti-sanctuary measures are constitutional? Perhaps it is because they are actually familiar with our Constitution. They know the measure's unconstitutional, so why bark about it?

In fact, the Quorum Report, an Austin political newsletter, is reporting that staffers within the Texas Attorney General's office are now quietly passing the word that they cannot defend the measure on constitutional grounds.

If conservative lawmakers aren't trying to put a law on the books that will stick, what are they doing? There are a couple of possible answers to this question, and both are unsettling.

Lawmakers could simply be pandering to bigoted voters. These lawmakers could then brag at election time that they voted for a draconian, punishing law that targets Latinos. They could even shout about "activist" judges when their law was overturned.

That, of course, would be deeply cynical. Surely no respectable lawmaker would do such a thing, right? So, what else could they be up to?

It could just be a public relations stunt aimed at intimidating certain citizens. The fear instilled by these new attacks on people with brown skin is real. Young citizens may have a grandmother whose papers aren't in order. These children keep their heads down out of fear of calling attention to their family. Such attention could lead to the deportation of the abuelita Some of us know families in just this circumstance.

Voting, of course, means not keeping one's head down. Is it possible this is all just another voter suppression campaign? The federal courts have found six times now that Republican lawmakers intentionally discriminated against minorities in election laws. Are extremist Republicans at it again?

Even U.S. Attorney General Jeff Sessions, not known as a champion of civil rights, seems to see through the charade. He told a group of mayors that only political jurisdictions refusing to talk with ICE are violating the law. In other words, what Gov. Greg Abbott and GOP lawmakers call sanctuary cities aren't sanctuary cities at all.

And that would make this hateful show all just a doggone shame.