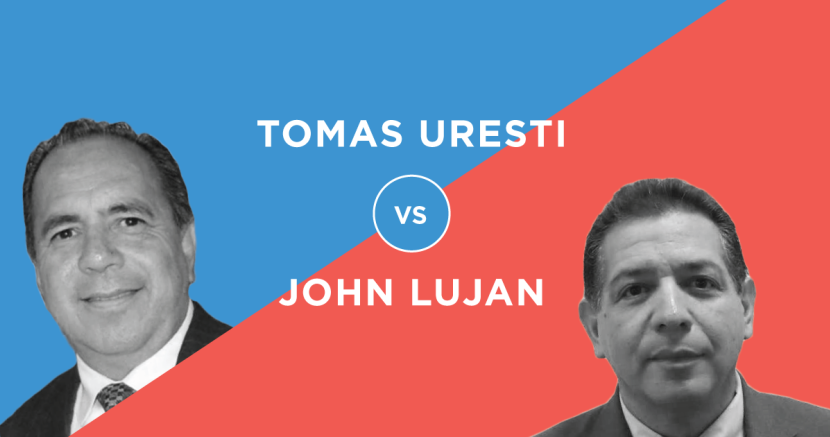 Phillip Martin
The Republicn pulled off an upset in a low turnout special election earlier this year - can Uresti take back a long-held Democratic seat?

For the second time in 2016, Republican John Lujan faces off against Democrat Tomas Uresti in a race to determine who will fill the seat of retiring Democrat State Rep. Joe Farias.

The Republican won the special election in January of this year, to fill out the remainder of Rep. Farias' last term. But the two square off again in a highly watched race that will determine who goes to the Texas Legislature in 2017.

Rep. Lujan is running for office as a strong advocate for vouchers, as the San Antonio Express-News recently noted:

While Lujan favors charter schools and perhaps vouchers to provide school choice in underperforming districts, Uresti vehemently opposes both. Uresti contends charter schools “are not held to the same standard as public schools” and sometimes have less qualified teachers.

Uresti, meanwhile, has worked hard after his last election to earn the support of Democrats throughout the district and take back the seat from Lujan.

Most notably, Uresti earned the endorsement of Planned Parenthood Texas Votes, who wrote that:

Tomas Uresti is running to defeat John Lujan (R-San Antonio) in HD 118. PPTV believes that Tomas can set his personal beliefs aside and ensure Planned Parenthood has the support and funding to serve the women and families of his San Antonio district.

The election will be closely fought. Ultimately, the impact of Donald Trump down-ballot -- coupled with Lujan's stances against a number of issues Democrats in his district care about -- could return the seat to Democrats for the next session.