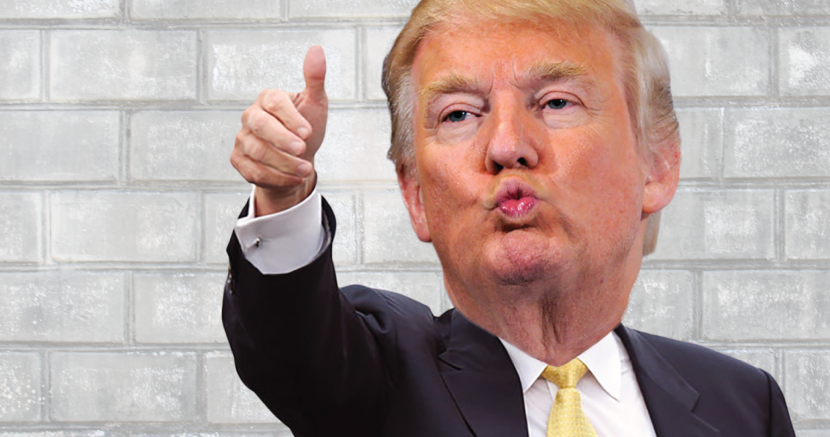 At the moment there are no sanctuary cities in Texas. Makes one wonder what all the fuss is about, doesn’t it?
Ed. note: the following column originally appeared in the Austin American-Statesman.
The first settled towns that began to appear on earth some 11,000 years ago were founded as sanctuaries for human life. Call them “sanctuary towns.” The word “sanctuary” comes from “sanctus,” the Latin word for “holy.” Sure enough, most towns rose on sacred pilgrimage sites.

After some years of visiting the sacred sites, worshipers turned their temporary camps into towns. “First came the temple, then the city,” said archeologist Klaus Schmidt. So it’s unsettling to hear the term “sanctuary city” used these days as a political weapon of exclusion.

The controversy involves legitimate immigration and policing issues that even some in law enforcement don’t fully agree on. Still, many on the right exploit the issue, pandering to the prejudiced among us.

In most cases the anti-sanctuary folks support Donald Trump’s plans to break up families and deport 11 million people who are here without papers. They support Trump’s plan to build a Great Wall between Mexico and us. They support Texas GOP officials accused of intentionally discriminating against Hispanics and others in critical election procedure policies.

Many in law enforcement say the safety and security of their cities will suffer if officers are forced to become immigration cops. Local police rely on community support to help solve serious crimes. Would citizens be as cooperative if they, their family members or neighbors are regularly harassed to show their papers? Probably not.

Opponents say there might be dangerous people among those in this country illegally. They want local police to help round them up as part of some kind of national deportation patrol.

At the moment there are no sanctuary cities in Texas. Makes one wonder what all the fuss is about, doesn’t it? Gov. Greg Abbott misunderstood Dallas County’s policy a few months back and wrongly accused Sheriff Lupe Valdez of failing to cooperate with U.S. Immigrations and Customs Enforcement.

Travis County’s Democratic nominee for sheriff appears to disagree slightly with the outgoing Democratic sheriff on the issue. Their disagreement has to do with how long Travis County jailers should, at the request of federal immigration officials, hold immigrants otherwise eligible for release. When officials are debating how long to keep you in jail, the idea of sanctuary is probably not on your mind. It’s not on the minds of your jailers, either.

In 1979 the city of Los Angeles passed an ordinance making it clear that L.A. police officers could not take actions simply to determine the immigration status of people. What a relief for the people! Does the fact that local police don’t harass folks for no other reason than to demand federal papers qualify as some kind of sanctuary? Or is it simply the way life should be in a democracy?

Almost 20 years later, during the 2008 presidential elections, Republicans began trying to capitalize on what they called sanctuary cities. One of the first victims of the sanctuary city attack was former New York City Mayor Rudy Giuliani. The 2008 GOP presidential nominee Mitt Romney accused of Giuliani of coddling illegal immigrants. Giuliani, of course, is now helping Trump exploit the issue.

Ultimately, local law enforcement should do what they think is best. The safety and security of those they protect should come first. The cynical scapegoating of a people for political gain should be ignored as cooler heads among our local leaders decide how to keep us safe.

The extremists use the term sanctuary city for two purposes: 1) to exaggerate the kind of safety afforded immigrants in a city; 2) to remind right-wing believers that dangerous “others” are undeservedly getting the kind of sanctuary only the believers deserve.

Many Texans regularly attend religious services of one sort or another in churches, temples, mosques or other sanctuaries. Yes, sanctuaries. And a sanctuary implies the solidarity of those gathered within. All are welcome in our sanctuaries, unless, of course, some are considered less human than others.

Once again, there are no sanctuary cities in Texas. If there ever are, maybe they will afford us all sanctuary from the bigoted rhetoric of politicians who exploit the worst instincts of some to promote their own selfish ends.