Republicans on the Attack: Use Religion to Discriminate 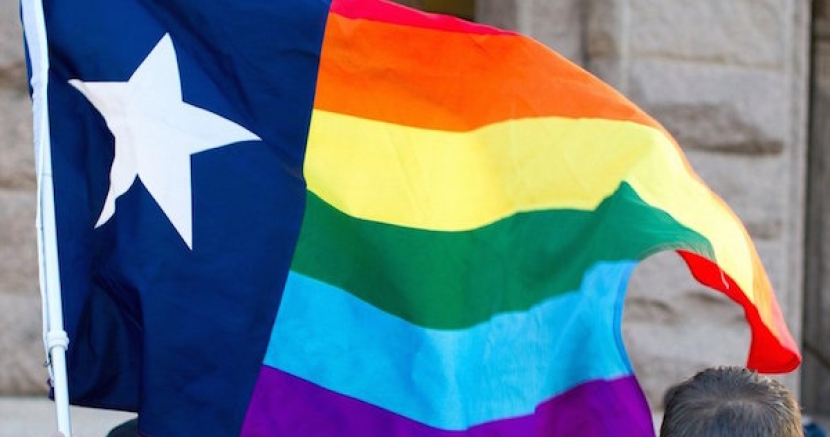 Right-wing conservatives in Texas are continuing their assault on local laws that protect LGBTQ Texans from discrimination, cloaking their harmful and unjust attacks under the guise of religious freedom.

Though polls show 75% of Texans support prohibiting employment and housing discrimination based on sexual orientation, current Texas state law does not protect Texans from being fired or discriminated against due to their sexual orientation or gender expression. In the absence of a state law, over the last several decades, Texas cities — Austin, Dallas, El Paso, Fort Worth, San Antonio, and most recently, Houston and Plano — have passed laws that protect LGBTQ Texans from discrimination.

At the state level during the current legislative session, in addition to two “License to Discriminate” constitutional amendment proposals aimed at rendering local nondiscrimination laws toothless, Republicans legislators are introducing legislation that would eviscerate Texas cities’ authority to pass these nondiscrimination laws and effectively nullify local laws already on the books.

“[I]n the last few years anti-LGBT lawmakers have shifted to a religious freedom approach to counter local nondiscrimination ordinances because the strategy is more appealing politically.”

Spearheading the charge to repeal Plano's Equal Rights Ordinance — which passed in December 2014 by a 5-3 vote and bars discrimination against LGBT people in employment, housing and public accommodations — is Texas Pastor Council Executive Director Dave Welch. Welch is notorious for his radically vitriolic rhetoric, referring to gays and lesbians as “forces of spiritual darkness” and a “morally depraved special interest group.”

Not to be outdone, Senator Ted Cruz’s hate-mongering father and Republican State Rep. Matt Shaheen have joined Welch in this assault on equality. During a public hearing on the ordinance, Rep. Shaheen urged council members to consider removing minorities and women from its local nondiscrimination law instead of adding sexual orientation and gender identity.

"Do we really think the citizens of Plano are going to discriminate against women or minorities or African-Americans? I don't think so. I would ask you to consider that: not adding classes, but taking away classes."

In an email plea to collect signatures for the repeal petition, Welch called for “[T]he pulpits [to] be aflame with God’s truth and righteousness in calling openly and strongly for every voter” and attacked the personal religious faith of the mayor of Plano and the five council members who voted for the ordinance.

On the same day — this Tuesday — that signatures on the petition to repeal Plano’s ordinance are due, Dave Welch and the Texas Pastor Council, aka the Houston Area Pastor Council, will be headed to court in their crusade to take down Houston’s Equal Rights Ordinance (HERO). After the City of Houston rejected Welch’s petition to repeal HERO due to a determination that not enough valid signatures had been collected because many of the signatures were collected improperly, Welch filed suit against the city. At issue in the trial will be alleged signature fraud:

It doesn't take a handwriting expert to see that these signatures are suspiciously similar.
Tags
LGBT Rights