Republican Refusal of Medicaid Funds May Cause Hospital Closures 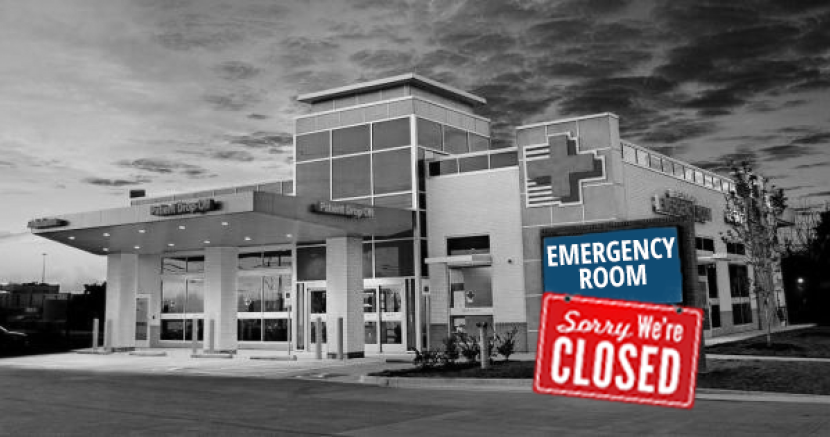 Why should the Governor and the Legislature be awarded funds for doing nothing?

While Texas Republicans focus on tax cuts for big business, 10 rural and small-city hospitals have shut down - in part - because the state refuses to accept Medicaid expansion funds. And without a proposal to provide affordable coverage for the uninsured, these closures may be a warning sign of what's to come for bigger hospitals.

Texas is currently at the end of a one-time agreement with the U.S. government, in which federal funds are granted in order to cover hospital expenses incurred by servicing uninsured patients.

The state would like an extension of that agreement - a specific waiver - but the federal government has indicated that it may not agree to one.

The reason is simple: why should federal funds continually be made available for a temporary fix when the state refuses a permanent fix - whether it is Medicaid expansion, a unique conservative solution, or a formal block grant proposal.

In 2011, before the U.S. Supreme Court said states could opt-out of Medicaid expansion, Texas and the federal government created an agreement to help hospitals pay for emergency room care. The one-time agreement is now set to expire in September of 2016.

The federal government is essentially asking, Why should we keep covering your unpaid hospital bills when you refuse to take us up on our offer to connect more Texans with insurance, at a vastly better federal match rate, and avoid a lot of those unpaid bills in the first place? Why should we keep putting band-aids on the system instead of working with you to fix it?

It’s a good point – why should the Governor and the Legislature be awarded funds for doing nothing?

The politics of the situation has larger hospitals concerned:

"[Not finding a solution] would be a disaster," said Dr. Paul Klotman, president and CEO of Baylor College of Medicine, which provides staffing to Ben Taub, the largest charity hospital in Houston. "I would not be surprised if safety net hospitals just folded."

Someone has to pay for people who don’t have insurance and are left with the emergency room as their only place for care. But by refusing Medicaid expansion funds, the state is burdening hospitals with these added costs. In some cases, those costs are passed on to the insured population in the form of higher property taxes or with as much as an $1,800 hike in health premiums.

These realities are in addition to potential hospital closures that could have catastrophic implications; from longer ambulance rides to the next nearest hospital, and the loss of a major employer.

There are still six weeks left in session for something to change – but Texas legislators will need to act fast. Healthcare for more than a million Texans, and the economic security of millions more, rests in the balance.

Resource: A Quick Table on the Two Waivers, And What They Do