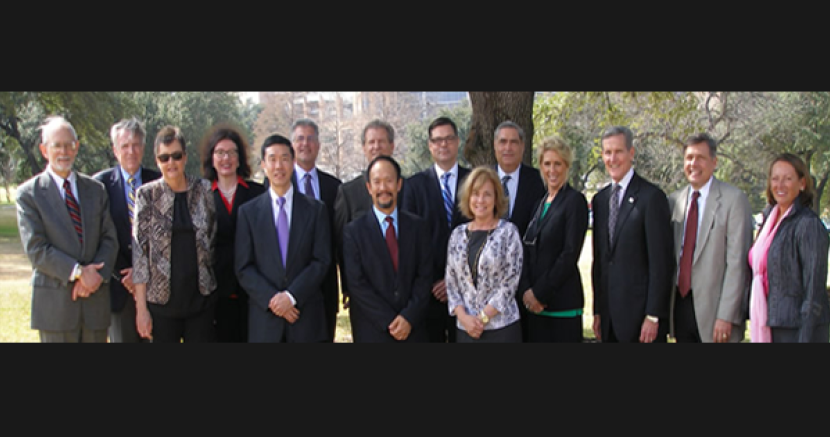 A 15-member board of medical professionals appointed by Governor Rick Perry and created by a majority Republican legislature is pushing for the Texas’ health commissioner to accept federal funds to expand medicaid. Board members of the Texas Institute of Health Care Quality and Efficiency (IHCQE) called Texas’ rate of uninsured “unacceptable” and said that “we should be maximizing available federal funds through the Medicaid program to improve health care for all Texans.”

The IHCQE are not the only Republican appointees to back medicaid expansion. Greg Abbott's recent pick for Texas' Secretary of State, Carlos Cascos, told the Texas Tribune that:

"As secretary of state he was 'not just going to go along to get along' with Abbott, and that on health care issues there would be 'policy disagreement' among Republican officials."

Since the implementation of the Affordable Care Act, conservative lawmakers have stopped at nothing to slow down or block provisions of the law. Most alarmingly— considering the dire need for it in Texas— medicaid expansion has been at the forefront of their political sights.

Medicaid expansion, which would provide coverage to the Texans who need it most, is working in 28 states nationwide, and at least four more states are expected to follow suit soon. By conservatives blocking access to federal funding, they are denying access to affordable healthcare to over 1 million hard working Texans.

Medical experts, even those appointed by conservatives who oppose the ACA, are in favor of accepting medicaid expansion funds to provide immediate relief to those in need of affordable care.

As we wrote in September:

“Medicaid expansion is working, and Republican governors all around America have embraced it as a viable solution.”

It’s time for a solution that works for Texas. Because the health care crisis in our state is literally making us sick.