Redistricting: The Erasure of Political Opponents 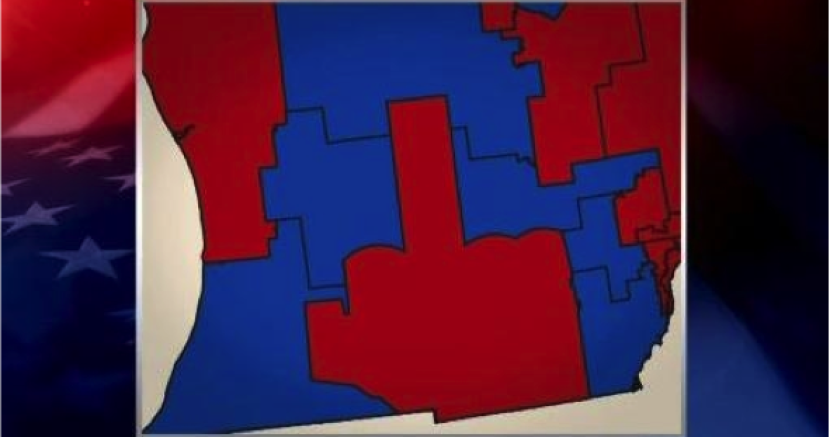 In a very real sense America is no longer a representative democracy. And please don’t throw a “We’re-a-republic” at me. We’re no longer that either.

My Zilker Park-area voting precinct in Austin is a very active, progressive precinct. It votes about 75 percent for Democrats. Despite that, our congressman is Republican Lamar Smith, the right-wing extremist and anti-science chairman of the House Science, Space and Technology Committee.

In 2012, Smith got just 23 percent of our votes against an unknown, unfunded Democrat. In 2014 there was no Democrat in the race and Smith managed just 35 percent of the vote in this precinct against a Libertarian and a Green Party candidate.

Plenty of other Austinites can make this complaint. Gov. Rick Perry, referring to the liberal nature of Austin in the Republican red state of Texas, called it the “blueberry in the tomato soup.” Well, the GOP’s extreme gerrymandering pretty much strained the blueberries out of the soup. Liberal Austin is represented by five Republican congressmen and one Democrat, Lloyd Doggett, who gets a sliver of the city to the south and east.

Austin voters have been erased as far as congressional elections go. We have been packed into heavily Republican districts that extend far beyond the city to make certain our political interests are unrepresented.

This is what happens when politicians get to select their voters instead of letting voters select their representatives. It’s known as “redistricting,” and it takes place every ten years after the U.S. Census. State legislators draw the new maps. They create safe districts for themselves and their party’s congressional delegation by packing small numbers of likely antagonistic voters into districts with overwhelming numbers from their own party.

In a very real sense America is no longer a representative democracy. And please don’t throw a “We’re-a-republic” at me. We’re no longer that either.

When an entire city – Austin, in this case – can have its citizens’ interests erased from congressional representation, the anti-democracy movement can be seen for what it is. But it’s been obvious for decades as gerrymandering and voter suppression laws have been used to effectively disenfranchise minorities.

Texas’ congressional and state house redistricting maps are still being contested in the courts, which have found them to “intentionally” discriminate against minority voters. Despite that finding, the discriminatory maps will be used in 2016, the third election cycle in which unconstitutional maps have been used.

The pattern is ugly and destructive, and it doesn’t stop with gerrymandering. The goal seems to be the complete silencing of one’s political opponents. Don’t try to out-persuade them. No good-faith debates. Smart politicians now use the law to silence, erase, or eliminate their opponents from the system; it’s so much easier that way, even if it does diminish democracy.

So many have suffered from these actions in Texas and elsewhere that it seems self-centered to focus on Austin. But it’s a useful example because it presents such a clear view of the pattern.

Austin is the Capitol of Texas. Many extremists on the right hate that because we tend to be a moderate to liberal town. Moving the Capitol is not practical, vexing as that might be for some. So what can they do to erase Austin from the political scene?

In a stupidly unconstitutional effort to strip Travis County of its constitutional jurisdiction in criminal matters, Republicans tried to carve a special criminal justice system just for state elected officials. They passed a law that, if constitutional, would prohibit Travis County from prosecuting them. They’d have to be investigated or prosecuted amongst friends and family in their hometowns instead.

The role of Travis County judges could also be greatly reduced in some civil matters. As the Dallas Morning News reported, a new law passed last session could strip Austin judges of a role in school finance and redistricting cases. Instead, the chief justice of the Texas Supreme Court would appoint a three-judge panel to hear such cases.

Austin voters, prosecutors and judges are sidelined. The population is carved into six congressional districts that guarantee the city’s interests are erased from consideration. Republicans believe Austin citizens are “not like us” and need to be erased to the degree possible from any role in state or congressional decision-making. It’s the same logic that leads to voter suppression efforts of all kinds. Disenfranchising those who are “not like us” is a sad tradition.

Games such as these are not new, and in the past Democrats have been almost as guilty. But the scale of these current GOP efforts – taking constitutional jurisdictions away from duly elected judges and prosecutors – is unprecedented, and it demonstrates a frightening contempt for democracy.