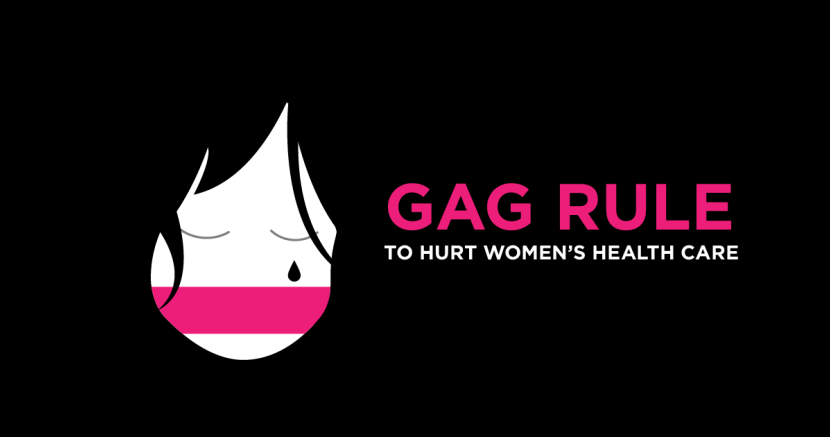 A new study from the University of Texas at Austin shows that the “domestic gag rule” proposed by the Trump Administration may have dramatic effects on the health of pregnant women.

Last year, the Trump Administration reinstated, and then expanded, a policy that bans foreign family planning clinics that receive aid from the United States from performing, or even discussing with patients the option of abortion.

This “global gag rule” has led to clinic closures around the world and a reduction of critical services for expecting mothers. Now Trump wants to bring these restrictions here to America.

The study shows that this implementing a “domestic gag rule” would dramatically limit the ability of health care providers to give medically accurate information about abortion to almost 4 million clients who rely on the Title X funded services in question.

Sadly, this is an area in which the Texas Legislature has been leading the way. In 2013, Republican legislators passed restrictive policies that prohibited clinics who received state funding from providing or promoting elective abortions.

The UT researchers note this has effects on organizations that don’t even provide abortions.

"None of the organizations in our study provided abortions, but the people we interviewed were worried that they could lose their family planning funding just by sharing information about abortion,” said Dr. Kari White, the author of the study. “They feared this might be seen as 'promoting' abortion, which would violate state policy."

With the Trump Administration’s rule, clinics will close and women will not receive the quality health care they deserve. It’s just that simple.

Here is a great rundown from Planned Parenthood on what will happen if implemented:

The gag rule would block patients from health care.

Preventing those patients from coming to Planned Parenthood would mean many are left with nowhere else to go, leaving them without access to birth control, cancer screenings, STD testing and treatment, or even general women’s health exams. But it doesn’t stop there. The gag rule would apply to 4,000 Title X-funded health care providers across the country, including community health centers, hospital-based clinics, and health departments.

Other health care providers have been clear — they couldn’t fill the gap if Planned Parenthood were no longer allowed to serve these patients. Already, in many counties, Planned Parenthood health centers are the only places that provide uninsured people or people with low incomes the reproductive care they need.

This would fall the hardest on people of color, LGBTQ people, and people in rural areas.

Because of systemic inequities, many patients who rely on Title X for their health care needs are people of color, LBTQ people, and people in rural areas — all of whom already face significant barriers to accessing health care. Black and African Americans make up 21 percent of Title X patients, and Hispanic and Latino patients make up 32 percent. After being blocked from these health centers, including Planned Parenthood, many patients would have nowhere else to go for care.

Under the gag rule, if a woman is pregnant and wants or needs an abortion, her provider would be prohibited from telling her where she can go to get one. Or if a woman’s pregnancy would severely affect her health — for example, she discovers that she’s pregnant after being diagnosed with cancer — she might not receive information that abortion is even an option.

Evidence suggest it would have dangerous, widespread effects.

We’re familiar with the consequences of a domestic gag rule because we’ve seen similar dangerous measures in effect. One of the Trump-Pence administration's very first acts in office was to reinstate and expand a "global gag rule," which bans overseas groups from receiving U.S. global health funding if they even so much as mention abortion-related services.

Evidence has shown that the global gag rule leads to increases in unsafe abortion, as well as unintended pregnancies, women dying from pregnancy-related complications, and infant and child deaths. It also leads to health center closures, which leave people with less access to care. We should be ending the global gag rule — not importing a version of it to the U.S.