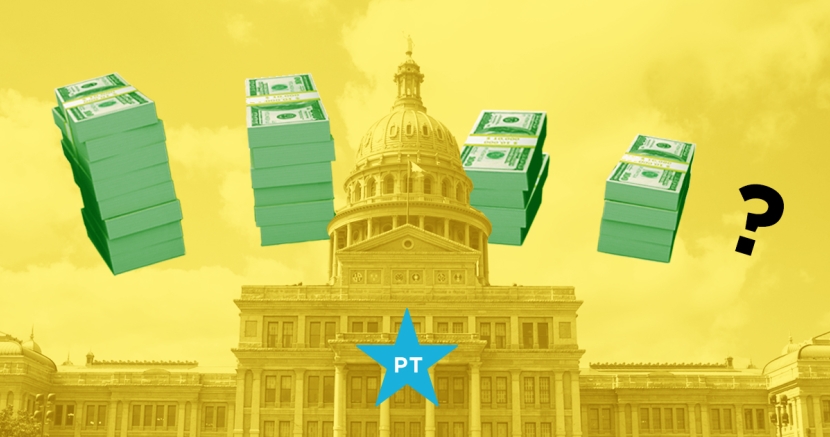 Progressives are fighting for state funds all Texans deserve

Progressive lawmakers are poised to fight for state funds to improve the lives of all Texans.

Update On The #txlege Budget

Members of the Texas House of Representatives have officially approved the state’s budget and prioritized the use of $251 billion in state and federal funding through 2021, as of just after midnight on Thursday morning. Compared to previous years, it was a relatively quiet evening with several of the potential fights falling by the wayside.

Many of the proposed amendments were moved to Article XI of the budget, the wish list section. This allows amendments to still technically be considered down the road upon bill passage and avoids them being voted down outright.

Even though it was quiet, there are some big takeaways for Texas progressives:

Paving the Way for Equal Pay

Rep. Rhetta Bowers (D- HD 113) gave us something to celebrate with the passage of an amendment calling for a study of gender pay disparities for workers in state agencies. We know that women deserve equal pay for equal work, but far too many are compensated at a fraction of the rate as their male counterparts. Bowers’ study will shine a light on this critical disparity and pave the way for equal pay in state agencies.

Conservatives shamefully increased funding for the “alternatives to abortion” program to the tune of $90 million, a program that has no proven results and absolutely no oversite. We need to invest in what works, and that means trusting women to make decisions about their health care with medical professionals, not religious non-profits masquerading in prenatal care. We need to invest in real solutions for strong Texas families, INCLUDING ABORTION ACCESS.

Health Care is a Right

Conservatives lawmakers blocked passage of Rep. John Bucy’s (D- HB 136) Medicaid expansion amendment that would expand health care access to millions of Texans. It’s time for Texas to join 36 other states in expanding Medicaid coverage and mend the gap in coverage. Republicans voted against the interest of Texans and refused to even debate the issue. Health care is a right, and Texans are long overdue for expanding access to affordable care.

Today, the Texas Legislature tackles creating the state’s budget and prioritizes the use of $251 billion in state and federal funding through 2021.

The only requirement of state lawmakers for the entire session is passing the state’s budget.  This process starts at 10 a.m. and will last through the night. Legislators are making key decisions about our taxpayer money often times until 5 a.m. the next day.

Tonight lawmakers will be going over 300 amendments, and then some, to craft a budget that addresses the needs of all Texans.

Here’s What We Expect:

Stand Up For Working Texans

Revisiting Roe v. Wade on the verge of 50 years
4 days ago