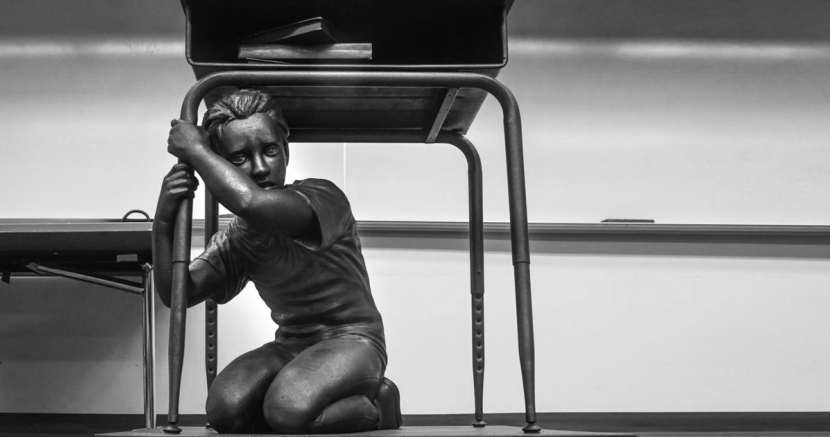 For many, the image of a child cowering in fear under a school desk is haunting. But it is the sad reality of a country that refuses to implement common sense gun reform.

When Joaquin Oliver was murdered in Parkland, Florida during a school shooting, his father, Manuel, decided to take his broken heart and turn it into art. He has traveled the country to create art installations in memory of his late son and advocate on behalf of common sense gun reform.

In his latest piece, Oliver has created ten sculptures that depict children hiding from active shooters in their classrooms. The sculptures include statistics about gun violence and resources to register to vote carved into the top of the desk.

Working with student activist across the country, the statues have appeared at voter registration drives in key congressional districts held by politicians bought by the National Rifle Association.

Manuel Oliver is turning his pain into purpose.

These powerful sculptures encapsulate what gun violence has done to America. Our children are forced to practice lockdown procedures in the classroom, but Republican elected officials refuse to take legislative action.