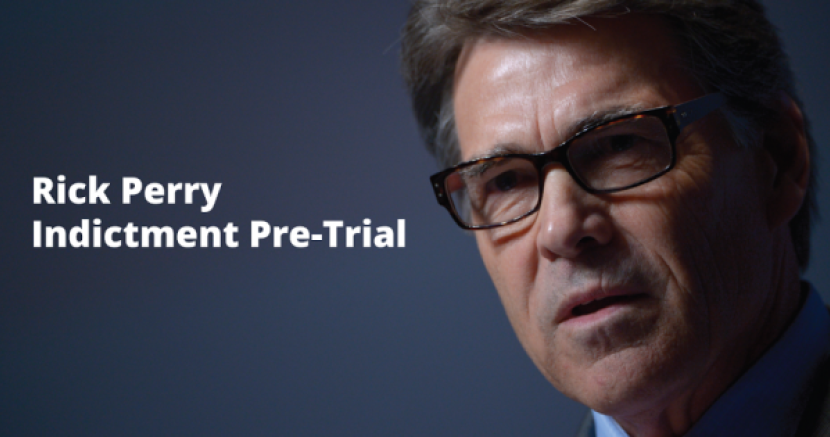 In a blow to Governor Rick Perry's defense campaign, the presiding judge in Perry's pre-trial rejected his attempt to get his two count felony indictment thrown out on a technicality.

"Even though Rick Perry and his high-priced legal team have left no political stone unturned, their cheap technicality trick won’t get Perry get out of his felony indictment. The judge rightly rejected their ridiculous argument. Perry may think he's above the law, but he isn't."

The judge has yet to rule on Perry's other objections to his indictment.