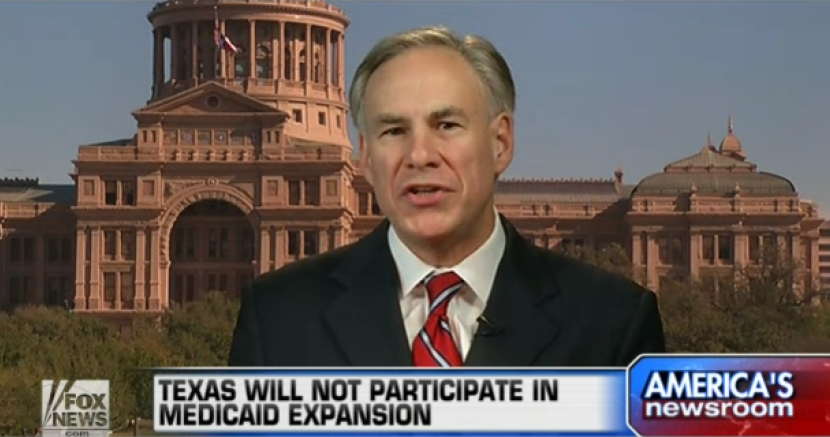 Paying For the Suffering of Others: The Barbarism of Texas’ Medicaid Blockade

Ed. note: The following post is republished with permission from Quorum Report.

Imagine learning that the people of a distant land are voluntarily paying additional taxes to make certain some neighbors they don’t like, including children, continue to go without adequate health care. These people are paying their own money to keep others ill, sometimes fatally so.

You would likely call such people barbarians, probably with some colorful adjectives attached. Well, before you get all sanctimonious, look closely. The land is not so distant. The barbarians are closer than you think.

By refusing billions of dollars in federal money (including Texans’ tax dollars) for Medicaid reform, Texas’ GOP leaders are willfully denying adequate health care to millions of people. Those people have no choice but to rely upon care available in public hospital emergency rooms. Increased local property taxes and higher insurance premiums cover the cost of that care.

Many of those on the line for the cost of that care also oppose Medicaid reform. Quite literally they are paying their own money to deny health care to others. And we’re not talking about a little bit of money.

Texas could be receiving around $100 billion from the federal government over several years. Because Gov. Greg Abbott, Lt. Gov. Dan Patrick and others won’t take the money, local hospitals deliver about $5.5 billion in uncompensated care to folks without health insurance. That’s a lot of money to pay to guarantee the suffering of others. Is that really in line with Texas values?

Now, a new study has compared Texas to states that accepted the federal money and Medicaid reform. The results are not surprising. Texans are worse off. Many don’t have access to quality care.

Why the barbarism, Gov. Abbott?

One reason is that the opportunity to reform Medicaid was offered by President Obama. In Texas and across much of the South, agreeing to anything said or done by President Obama is viewed as a betrayal of sorts.

First, there is conformity to the GOP strategy more or less publicly announced in 2008:  oppose any and all of Obama’s initiatives, no matter the cost in lives or dollars.

Then, of course, there is the dependence of the GOP on right-wing extremists holding, let’s say, less than egalitarian views. Many of them are now rallying behind Donald Drumpf. Few Republicans want to alienate those voters, however few there really are. Most will deny they have anything to do with them while doing everything the crazies want in the mindless pandering that passes for leadership these days.

There have been steep declines in uncompensated care in states that wisely accepted the money. It follows that citizens of those states pay less to support that care. At least they don’t pay more to guarantee the ill health of their neighbors.

It might help to remember that the people being punished by the barbarism of Texas officials are just like you and me. Some have lost their jobs and health insurance. Global economic events, automation, shrinking manufacturing, dips in oil prices, cutbacks in schools, cutbacks in health care services because we won’t take the federal money, physical accidents and disabilities – all these contribute to the numbers of people who can’t get access to health care.

These are not people picnicking in the shade waiting on us to send a doctor their way. Some can carry such an image around with them if it helps to rationalize their immoral policy preferences, but it won’t change the facts on the ground. No, it’s not about deadbeats under the shade trees. It’s about people trying to make ends meet who are lining up outside our emergency rooms for care that’s going to cost us more than if we accepted the federal dollars.

In a sense, Texans are paying twice for the privilege of denying health care to their neighbors. They pay federal taxes only to let those dollars be used in other states to finance Medicaid reform. Then, they pay increased insurance premiums and local property taxes to finance the care their federal dollars would cover if only Abbott and Patrick would allow it.