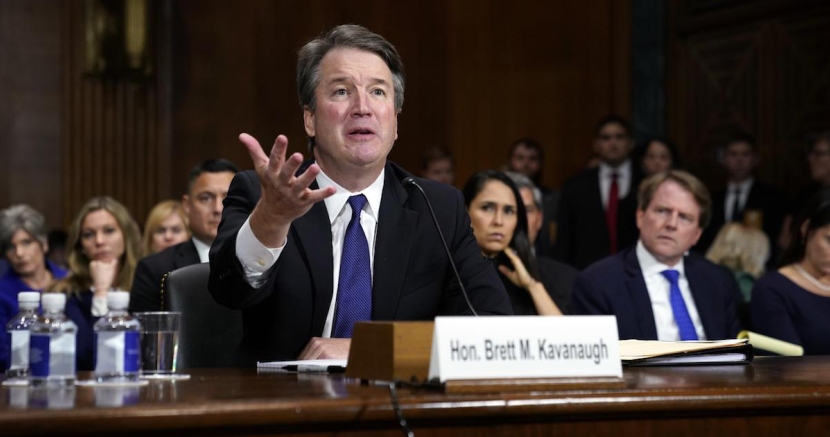 In our poisoned political era, our preferences decide our facts

Courtesy AP Photo/Andrew Harnik, Pool
Humans have many wonderful qualities. “Perfectly rational” is not among them.

The words are almost 100 years old, but they are words Americans might ponder as our political tensions rise to levels unseen in decades. As Ireland reeled from escalating political violence in 1922, W.B. Yeats penned “Meditations in Time of Civil War.” He wrote:

We had fed our hearts on fantasies,

the heart’s grown brutal from the fare;

Not long before Yeats wrote his poem, in 1920, two engineers huddled in a shack atop a Pittsburgh building and launched the first national radio broadcast of American political news, relaying the returns of that year’s presidential election.

With that, we entered the mass audience era of fast-food news fare. The subsequent hardening of our political arteries has taken its toll on our brutalized hearts.

Jaded and fatigued, we let our preferences decide our facts. It’s easier that way. Do we believe Dr. Christine Blasey Ford’s wrenching testimony or Brett Kavanaugh’s angry denials? Well, do you know a partisan who changed his or her mind? Didn’t think so.

Over the years, political professionals refined their irresistible fantasy-making methods. Even science confirmed what the politicians knew by instinct: An audience of voters remembered negative news and advertising more readily than positive news.

“That stuff will kill you” is more memorable than “this stuff tastes good.” Our dislike of “politicians” is not so surprising when we consider that they spend billions of dollars condemning each other like this.

Voters occasionally wake up and complain loudly about the negativity in our politics. “For heaven’s sake,” they say, “soon we’ll see ads about a candidate’s pre-school tantrum or milk-spilling disaster.” We are in one of these moments now.

“They,” the voters say, “should stop feeding us this crap.” Many citizens are demoralized to the point of withdrawal. Others believe the “crap” about the other guy but not their own guy and mobilize against the dangers of the Devil, otherwise known as the other guy.

But, who, exactly, is the “they” that should be blamed? The familiar phrase, “We have met the enemy, and he is us,” comes close to an answer.

There was a persistent, self-justifying fantasy among political types (I was one of them) that voters in the end were all perfectly rational and able to analyze and see through the propaganda. This is nonsense, of course. Humans have many wonderful qualities. “Perfectly rational” is not among them.

Let’s face it. Fast-food restaurants are successful because we eat there. Protests of the success are like Yogi Berra’s famous line, “Nobody goes there anymore. It’s too crowded.” We go there when it comes to the negative in politics.

When someone looks up from a plate of political news and says, “I don’t want to hear about what a candidate might have done as a teenager,” he should be reminded that the food is, more or less, what he came to the restaurant to eat.

Still, it’s also unfair to simply spread the blame all around and not look for ringleaders. A clue: It is generally the case that True Believers are more prone to ends-justify-the-means exaggerations and distortions about their opponents.

Absolute belief in our own righteousness is not compatible with democracy. That much should be obvious. If I have exclusive access to the truth, why would I need to count your vote or even listen to you?

The cynical and the power-obsessed are also more likely to take opposition research to new lows of negativity. In their minds, their power IS the truth. If they can make tales of your past serve their power, well, that is just fine with them.

So, there are some helpful guides for the politically perplexed or disenchanted. First, we should look to ourselves. Why are we hungry for the negative?

Next, look to the motivations of those selling it to us. Are they True Believers, that is, are they something more than just passionate advocates? Or, perhaps, is power their only god?

Even our honest judgments will be imperfect, but it shouldn’t take super-human rationality to send the food back to the kitchen in order to save our hearts.