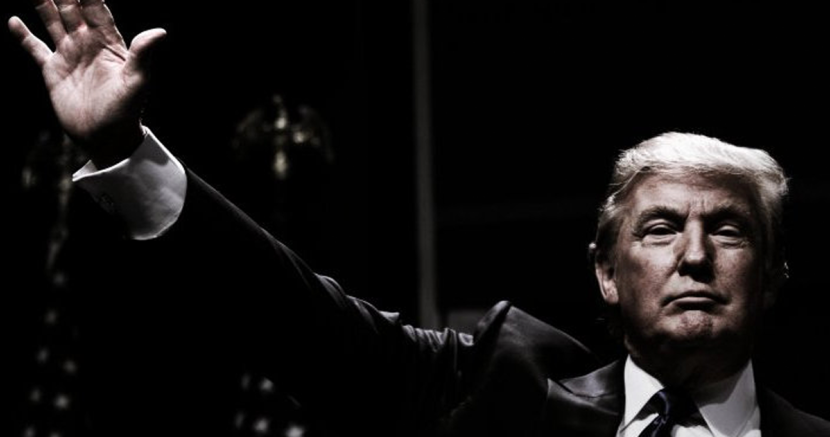 Our Democracy is Meant to Deny the Demagogues

Donald Trump is the type the U.S. Constitution is supposed to save America from

Democracy is a form of government meant for humble people who are well aware that they make mistakes. That’s why we are called upon to regularly revisit our decisions at the voting booth. If we were infallible, we wouldn’t have to do that.

The U.S. Constitution was designed to limit the power of demagogues, ideologues and megalomaniacs. The Framers looked with suspicion upon those who deny their own fallibility. They warned us to keep them away from power.

They warned us about Donald Trump.

The Framers also knew about the human longing for certainty. They knew that our yearning made us vulnerable to preeners and posers who seduce us with their pretentions to absolute certainty and uncontainable strength. They put obstacles in the way of those convinced of their own inerrancy, the checks and balances of three independent branches of government, for instance.

Despite the Constitution’s limits on power, it too is imperfect because it is human made. The real responsibilities of self-government lie with us. Asked to define our form of government, Benjamin Franklin said, “A republic, if you can keep it.”

If we can keep it, he said.

Slightly more than half of Americans voted this year. A few more than 25 percent of American eligible voters made Trump their choice for President. It was enough.

Trump is an indecent man. He consciously ran a campaign based upon hate and bigotry. We don’treally know what’s in his heart. But we do know what he said and what he’s done. He targeted women, African-Americans, Latinos, the disabled, veterans, and the LGBT community. In a sense, he targeted everyone but himself. “I alone can fix it,” he claimed.

A nation mature enough and possessed of enough openhearted fellow feeling to reject a racist demagogue like George Wallace half a century ago has somehow misplaced those qualities that are the true soul of American Exceptionalism. The ghost of Wallace is now president-elect.

Today, those who are old enough to remember the time feel like they did after the assassinations of Dr.Martin Luther King Jr. and Bobby Kennedy. I was too young to feel the anguish around the murder of John Kennedy, but I saw it in my elders. Some may think the comparison too dramatic. It may not be dramatic enough. After the Kennedy and King tragedies, we rejected Wallace, violence and racism. After Trump? It doesn’t look good.

The nation was wounded by the 2016 campaign and election. It was and is a violent assault on us and our fundamental democratic faith.

If we’re going to recover, we’re going to have to call upon that openhearted fellow feeling that makes us Americans. Those of us opposed to Trump are going to have to stand in the shoes of those who support him. If we are ever to persuade them, we need to understand. We think they erred, but we don’t really know why. Let’s not assume we do.

And, those who supported Trump need to see through eyes of those he attacked and abused. They are frightened. To them, by approving Trump’s hate, the nation condemned them to, at best, second-class status. The hatred was aimed at them, and they know it.

We know that President Barack Obama and Hillary Clinton must fulfill their roles and be gracious, honorable participants in the transition of power. Still, it is hard for many to watch. Trump is not just another candidate some of us may personally dislike. His crudity, his stated beliefs and his sketchy policy positions are not suited to our democracy. They are the stuff of the totalitarian. He is everything most of us were taught to never be by our parents, teachers and spiritual leaders.

Trump, and many of his close confidants and followers, spent the last eight years attacking Obama’s legitimacy. They claimed he wasn’t an American. They mocked his family. Once it achieved majorities of the House and Senate, the Republican Party, in a kind of virtual impeachment, obstructed his every initiative.

Now those same people are telling us we must respect the office of the president by respecting Trump. Or, as his supporter Omarosa Manigualt said, predicting his victory, “Every critic, every detractor,will have to bow down to Trump…it’s the ultimate revenge to become the most powerful man in the universe.”

Trump’s character didn’t change because a quarter of America’s eligible voters either like or chose to overlook his deep and dangerous flaws. How can we respect him?

There is no time to waste. We’re going to have to rise now to oppose Trump, to take advantage of what’s left of the Constitution to correct the great, if all-too-human error that is the 2016 election. As we rise, though, we should listen to others as much as we make ourselves heard. Clearly, none of us have all the answers. If democracy is to be saved, the answers will have to come from all of us.