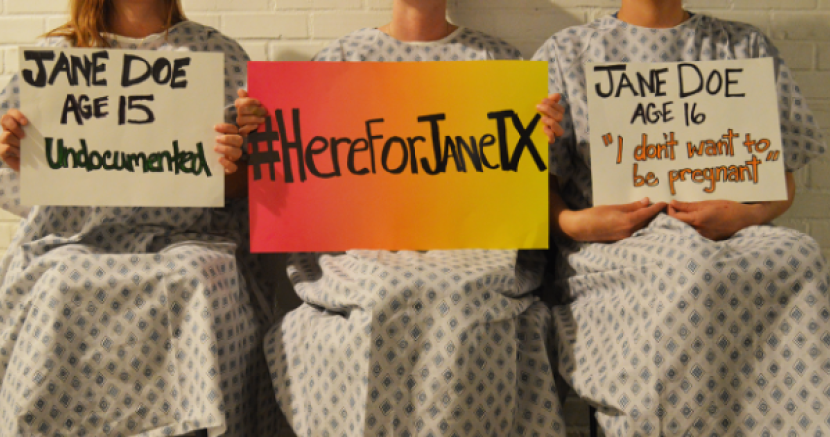 The following was published in the Austin American Statesman on Tuesday, May 26:

My name is Vero Higareda. I am 21 years old. I am an immigrant Latina. I am a student at the University of Texas-Pan American. And I oppose House Bill 3994.

This legislation would further restrict access to abortion services for young people in a state that has already been devastated by clinic closures. As someone who lives in a community already among the hardest hit by recent cuts to family planning and restrictions on abortion access, I fear what the impact — yet another restriction on abortion — could have for women like me.

There is no question this bill would hurt young people and delay access to timely abortion services — as women across Texas have been saying since its introduction. Yet, there is one aspect of HB 3994 that is not often talked about that particularly troubles me: the requirement that all people seeking abortion care are required to present specific forms of photo identification. That’s a requirement that is essentially a backdoor ban on abortion for undocumented women, low-income women and survivors of trafficking.

This “abortion ID” requirement will unduly burden all women, but in particular it will hurt Texas Latinas. I grew up in Reynosa, Mexico, not far from the colonias of South Texas. Women migrate from Mexico and South America for many reasons. Not all of them who come to the United States have the specific forms of ID required in this bill, even though many are eligible. Many immigrant Latinas across Texas live in fear: fear of deportation, fear of being separated from their families, fear of being returned to the state or the violence of intimate partners that many fled to come here. Others try to get IDs for years but are repeatedly denied. My friend came to Texas with her mother at the age of six and to this day cannot get an ID. It has caused lots of problems for her, including trouble finding a job and registering for school. If she ever needed an abortion, what could she do? She would be completely cut off from the care she needs, like so many other Texas Latinas.

This bill would create yet another obstacle to care for Texans who are struggling to make ends meet. After all, even for those who are eligible, getting a photo ID is not cheap or easy. It requires taking time away from work to wait in long lines, finding or requesting the necessary documents, and securing transportation or child care. All of this in addition to the already burdensome process of obtaining an abortion in the state of Texas. For some women, it will simply be too much. Some women will be forced to carry unwanted pregnancies to term; others may turn to unsafe methods to end a pregnancy. This is not just. This is not the Texas that I am so proud to be a part of.

The truth is that there are politicians in Texas who want to make abortion completely illegal. But because abortion is legal and constitutionally protected, they can’t do that. So instead they come the legislature year after year with more restrictions, requirements and obstacles that make abortion nearly impossible to access. Their real agenda is the outright denial of necessary reproductive health care.

In the meantime, women like me — young women, immigrant women, Latinas— we will bear the burdens of this extreme agenda. But we will not be silent as our rights are denied and our health is put in danger.

We don’t all have to agree on abortion; it’s a complicated issue. In fact, many Latinas in my community have complex views on abortion. But what brings us together — what we absolutely do agree on — is that the decision of whether or not to become a parent is a personal one and that no member of the Texas Legislature should interfere in that decision.

I respect other people’s personal views on abortion and would never try to change them. But I respectfully request that their personal views are not used as an excuse to interfere in my personal decisions or to deny health care to those who need it.

Veronica Higareda is a junior at the University of Texas - RGV pursuing a Bachelor’s degree in Philosophy and Mexican-American studies with a minor in Religious Studies. Veronica has held numerous leadership positions such as being president of the Texas Freedom Network, and an activist with the Texas Latina Advocacy Network (TX LAN) which serves as the voice and advocacy presence for the National Latina Institute for Reproductive Health (NLIRH) in Texas.

The Secretary of State’s office responded to our vote-by-mail petition, but Texans still need clarity
2 days ago

Gov. Abbott issued a "stay-at-home” order, but his partisan programming prevents him from saying it
3 days ago