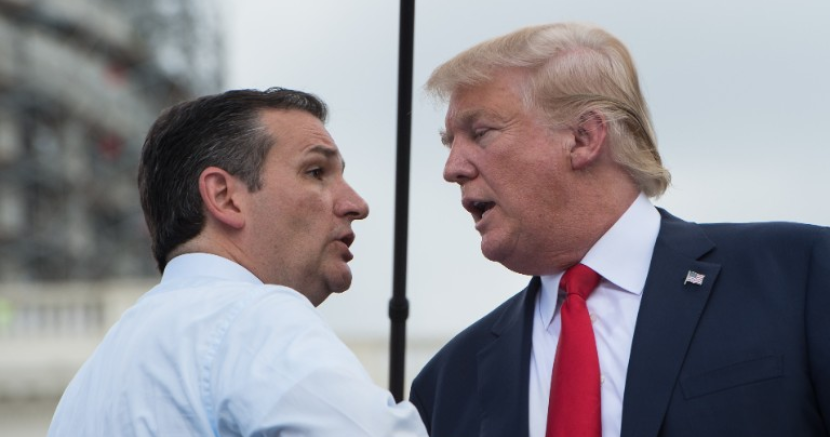 Nincompoopery, The Political Rise of the Ridiculous

Ed. note: the following column is re-posted from Quorum Report with permission.

Early in Ann Richards’ 1990 primary campaign for governor, we (meaning I) engaged in a juvenile back and forth over taxes with operatives of the Kent Hance GOP primary campaign. This was primary season; we weren’t even running against one another.

That didn’t stop us.

We were on friendly terms with the Hance operatives. It was, at least, a far more congenial time in Texas politics. Anyway, the Hance campaign accused Ann of wanting to raise taxes. We shot back that Hance was in “over his head” and, ridiculously, sent along a swimmer’s mask and snorkel to emphasize the point. The Hance folks replied that it was Ann who was drowning, and they sent along some swim fins to emphasize their point.

Ann, as she should have been, was contemptuous of the entire episode. Asked by a reporter about the issue, she shook her head and said, “Boys and their toys.”

We were so busy entertaining one another that we forgot that there was a public, you know, voters, in need of real information. Nobody was going to consider or reject Ann for governor on the basis of her staff sending snorkeling gear to an opponent. Our actions were profoundly, comically irrelevant.

I mention this historical slapstick not out of a need to confess past sins. No, I revisit it because Texas and the nation seem caught in the same kind of irrelevant nincompoopery.

We should have guessed this vaudevillian pratfall of an election year was coming when former Rhode Island governor and senator Lincoln Chafee announced he was running for president to bring the metric system to full use in the United States.

Like all comedy, there’s an element of tragedy involved. It’s not really funny that 50 million Americans are likely to vote for Donald Trump, a man who openly admires Russian strongman Vladimir Putin, has called immigrants from Mexico rapists and murders…Oh, I could go on but you get the point.

Trump at times seems to be aiming for a kind of Strangelove-esque black humor. For instance, consider this quote about how our enemies have “no regard for human life”:

“And for this reason...I want to impress upon you the need for extreme watchfulness. The enemy may come individually, or he may come in strength. He may even come in the uniform of our own troops. But however he comes, we must stop him.”

I cheated. That wasn’t Trump.

It was Gen. Jack D. Ripper from the film “Dr. Strangelove: How I Learned to Stop Worrying and Love the Bomb.” Trump, referring to immigrants, actually said, “We don’t know where they’re coming from. We don’t know who they are. They could be ISIS.” And he tweeted, “America must now get very tough, very smart and very vigilant.”

And, of course, Trump seems to have Gen. Ripper’s attitude toward The Bomb, musing out loud about nuking the Islamic State and arming Japan and Saudi Arabia with nuclear weapons. He is, clearly, not worried about The Bomb. We are, however, very worried about Trump and The Bomb.

On the other side of the aisle, Hillary Clinton has had her own Buster Keaton moments. There’s a memorable scene in a late Keaton short subject, “She’s Oil Mine,” in which Keaton, playing a plumber, gets his finger stuck in the end of a pipe. His fellow plumber then locks the pipe in a vice grip, lifts Keaton up in the air and spins him clockwise a few times, in the process unwinding Keaton’s finger from the pipe.

I can make neither heads nor tails of Clinton’s email controversy. The Republican outrage seems contrived in the extreme. Still, doesn’t it seem like her campaign must often extricate her from some similar difficulty? And doesn’t it usually seem as awkward as Keaton’s routine?

All of these campaign antics are entertaining, but, in a campaign context, they are about as informative as a pair of swim fins in a tax debate. And in 2016 they are not just diversions or adolescent stumbles by young campaign staffers. They are the very substance of the campaigns and media coverage of the campaigns.

Still, the pranksters who installed a naked statue of Trump in a New York City park deserve credit for their satirical achievement. So does the city’s Parks Department, which responded to the prank with the statement, “NYC Parks stands firmly against any unpermitted erection in city parks, no matter how small.”

All that is missing from the tableau are the pigeons. Not unlike election year 2016.