Up Next, the Democratic Convention 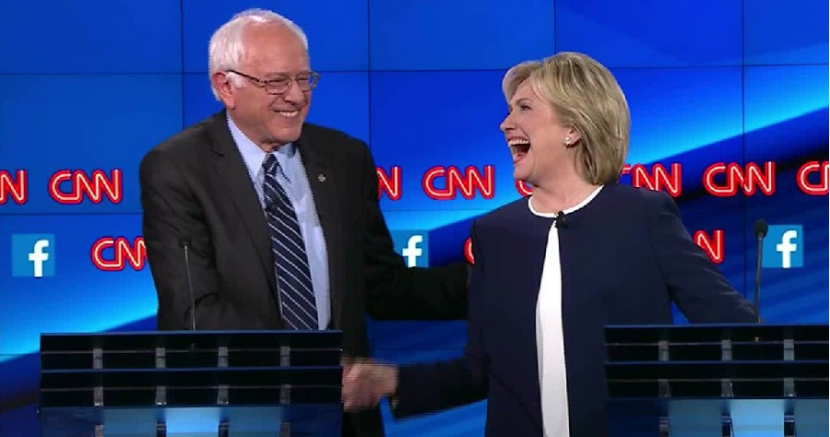 Glenn W. Smith
In somewhat of a role reversal, expect the Democratic convention to be well-organized and well-managed, in contrast to the chaotic GOP gathering.

Ed. note: the following is reprinted with permission from the Austin American-Statesman.

No offense to the city of Cleveland where the Republicans gathered, but the Democrats will meet in Philadelphia, the City of Brotherly Love. Cleveland is sometimes called the “Forest City,” and Donald Trump and the Republicans took America into a very dark forest indeed.

Trump’s nomination acceptance speech was a dystopian vision seemingly ghostwritten by Cormac McCarthy and Stephen King. It was jarring to see the GOP delegates frolicking happily and safely in the sunlight outside the convention hall and then see them angrily responding to speakers’ picture of an America on fire with killers knocking down our every door.

Secretary Hillary Clinton’s acceptance speech will more likely be a realistic but optimistic vision of a country that remains the world’s most affluent nation and a beacon of hope to a world that shares enormous threats, from extremist terrorists to global warming.

If Trump’s speech was like a pre-apocalypse prequel to McCarthy’s “The Road,” Clinton’s will be more like a redemption tale by Jan Karon, like Karon’s popular “Somewhere Safe with Somebody Good.”

It is more than an aesthetic distinction. Historically, American voters respond more favorably to optimistic visions, think Ronald Reagan’s “Morning in America.” Republican convention speakers, from Rudy Giuliani to Chris Christie to Trump himself were relentlessly pessimistic and angry.

Don’t expect that kind of thing from First Lady Michelle Obama and Bernie Sanders, who kick off the Democrats on Monday. Michelle Obama is charming and self-possessed. She is happy. During Sanders’ primary campaign, we heard utopian aspirations for the nation’s future in contrast to the Republicans’ various dystopias.

There has been some speculation that Sanders’ supporters might be a disruptive force at the convention. That is an injustice to those supporters, whose inspired campaign work on Sanders’ behalf is a model of political engagement. They have certainly steered the Democrats toward a more hopeful, more humanistic and less technocratic future.

In somewhat of a role reversal, expect the Democratic convention to be well-organized and well-managed, in contrast to the chaotic GOP gathering. Beginning with Richard Nixon’s 1968 nominating convention, Republicans have tended to get all the work done before convention time, using the spotlight on the gathering to run a scripted TV show. As some have noted, the balloons always fall on time for the Republicans while the Democrats’ seem balloon-challenged by comparison.

There will be no Democratic version of the public Ted Cruz-Donald Trump petty, schoolyard grudge match. Trump disrupted a Cruz rally by buzzing the event with his jet. Cruz refused to endorse Trump in his speech and Trump then upstaged the senator from Texas by entering the arena while Cruz was still speaking.

The tone of the Republican convention was that of a group who believes their opportunities as a party are slipping away. Events outside but during the convention seemed to confirm their worries. There was the resignation of Fox News founder and top GOP propagandist Roger Ailes, at least a symbolic event that signaled “the times are a changin’” for the GOP.

Also this week, the Fifth U.S. Circuit Court of Appeals tossed Texas’ discriminatory Voter ID law, an opinion that is nationally the nail in the coffin of Voter ID. Republicans had counted on the voter suppression effects of such laws to safeguard them from the nation’s growing diversity.

In contrast, what controversies there are among Democrats are all about the possibilities, opportunities and challenges presented by that growing diversity.

Secretary Clinton still faces some challenges at the convention. It’s impossible to accurately count the millions of dollars Republicans have spent attacking her over a quarter of a century. Consequently, many voters hold negative opinions of her, though most of them are hard-pressed to say why. The GOP’s negative branding of Clinton has worked.

Clinton will use the convention to improve her standing with those voters. It’s not fair that she has to take special measures to counter the misogyny behind the GOP attacks, but there it is.

Also, despite incumbent President Barack Obama’s high approval ratings, voters appear to be looking for that abstract quality known as “change.” Clinton may be the most experienced and qualified presidential candidate we’ve had in a while, but that experience says “status quo” to many. She needs to demonstrate the kind of change she will bring to America.