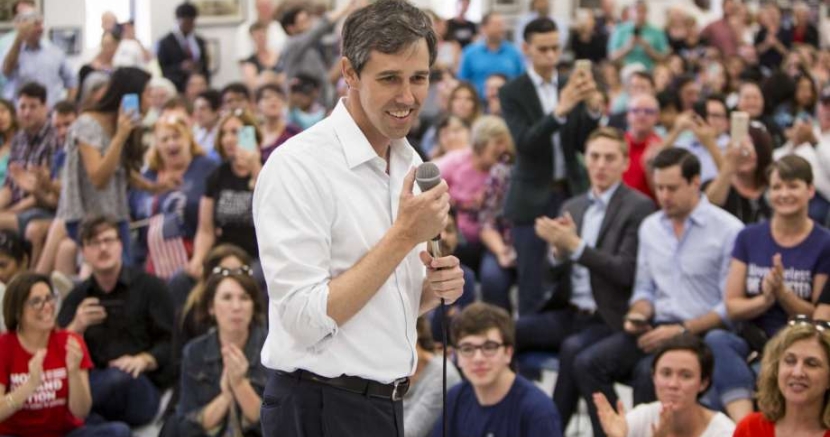 A new Quinnipiac poll released today shows that the U.S. Senate race in Texas is a toss-up, with Beto O'Rourke gaining on Ted Cruz by 44 to 47 percent. One of the findings in the poll shows voters age 18 to 34 support O'Rourke by 16 percent, while a plurality of voters ages 35 to 49 give Ted Cruz an unfavorable rating of 46 percent.

This is not the first poll to show these types of numbers. In January, a poll conducted by Public Policy Polling showed that this would be a tight race. That's when Progress Texas launched Humans Against Ted Cruz, an online campaign aimed at educating millennial and Generation X voters about this year's election and what's on the ballot.

"Millennial voters support O'Rourke over Cruz by double-digit margins and, if they turn out at presidential year levels, could have the power to decide the 2018 election," said Ed Espinoza, Executive Director of Progress Texas. "The reason is because Ted Cruz stands against many issues that people care about, such as the Affordable Care Act, immigration reform, reproductive rights, LGBTQ equality, and voting rights - so people are now lining up to be against Ted Cruz."

As we've seen since 2006, midterm elections are base elections, and the path for Democrats to win will be through progressive voter mobilization. Progressive voters in Texas have an opportunity to make gains in 2018 based on the explosive growth of the Democratic electorate in Texas over the past decade and in particular in 2016.

Midterm elections are base elections, period. For progressives to win we will need to mobilize millennials and Generation X voters who typically turnout at high levels in presidential years but experience a drop-off rate of more than 50 percent in gubernatorial years.