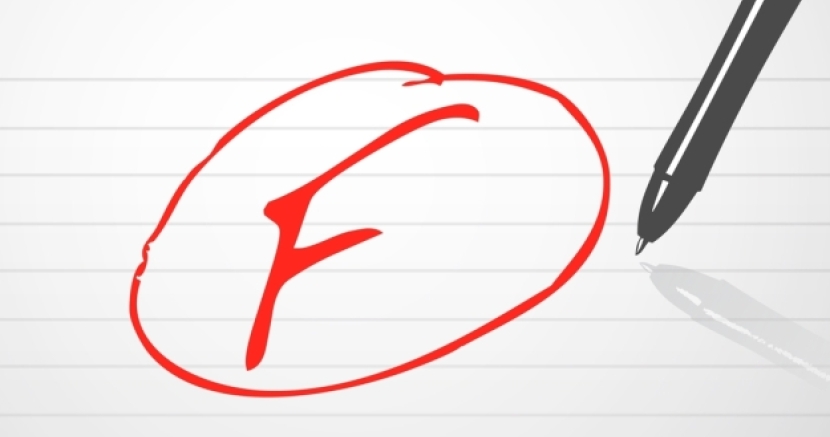 The question is, will the classroom of America let itself be intimidated and overlook Donald’s contempt for everyone but himself? Is it really possible he could be elected class president?

As though his father is still buying his son’s way out of jams and scrapes, Donald Trump seems to easily escape from the timid judgments of today’s political pundits. Donald Trump never met my elementary school teachers.

Remember those report cards of yesteryear that graded us – with checks, pluses or minus signs – on our “citizenship” or “traits, attitudes and habits?” And, are you weary of the anemic permissiveness of many in the media? Then gather ’round and we’ll contact ‘the other side’ and conjure up the wise souls of our grade school spirit guides.

It’s highly likely we’ll discover that Trump is everything post-war Americans were taught not to be, not to bias our judges in advance or anything.

To refresh our memories, the right sides of those old report cards had a list of qualities that gave our parents insight into our youthful character. There was the legendary category of “Works and plays well with others,” for instance. Or, “Disciplines himself.” Or, “Is courteous.” You get the picture. Let’s begin.

Teachers, how would you assess Donald in the category of “Works and plays well with others?” The lights dim and the table shakes as ghostly voices emerge from netherworld. “Minus, minus, minus, minus,” comes the spectral chorus. According to the legend at the bottom of my fourth grade report card, “minus” means “below average.” If ghosts can fall over themselves, my spirit-teachers are falling over themselves for the chance to judge Donald.

Surely Donald will do better on “Respects property rights.” Before one ghostly voice can finish saying, “Trump steals for a living,” the multiple voices rise as one. “Double minus, double minus…” A pattern seems to be developing here.

How about, “Responds promptly and willingly?” Have you ever heard laughter from the spirits of the dead? It’ll chill the spine. Our room is pitch dark now. One voice rises above the others in the gloom. “Seriously?” it asks, mockingly.

Let us turn to “Accepts responsibility.” The cackling laughter from the other side is continuous now. There’s a ghastly slapping sound as shouts of “gimme a high five” fill the air.

Blue flashes blind us as something electric crackles in the air. A commanding voice intrudes. “We can’t take it anymore,” a spirit-teacher intones. “We quit. It’s time for recess. Get out. Get out. Class dismissed.” We get the hint.

The teachers brook no trespasses. Unlike many in the media, they do not grade on a curve.

The séance proves instructive. Donald Trump really is everything we were taught not to be. The question is, will the classroom of America let itself be intimidated and overlook Donald’s contempt for everyone but himself? Is it really possible he could be elected class president?

It wasn’t long ago that Republicans such as William J. Bennett, a former U.S. Secretary of Education, were writing books with titles like Bennett’s “Book of Virtues.” His chapter headings were “Discipline, Compassion, Responsibility” et cetera. Now the Republicans have nominated Donald Trump, a walking, talking repudiation of such values.

How did this happen? There is certain nihilistic rebelliousness afoot in the land. It’s as if millions of Americans are telling their teachers of old, “Those values got us nowhere. We’re going with the bully now. It might be easier that way.”

Judged by the terms of our character and citizenship educations, Trump is essentially un-American. His profound disrespect for democratic authority is reflected in his drive for an absolute authority of his own. It doesn’t matter that he doesn’t work and play well with others. Sadly, there are plenty of “Others” many don’t want to play well with either.

Vote: You are more powerful than you may know
17 hours ago

Explainer: Special Elections for the Texas Legislature
5 days ago