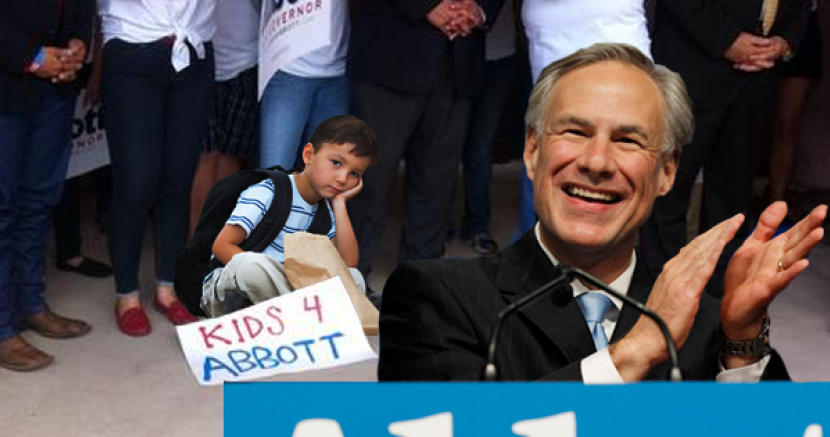 Now Texas Journalists are also calling him out.

Greg Abbott’s lie about why he's defending $5.4 billion in Tea Party cuts for Texas school children is garnering scrutiny from Texas press, calling it "the most controversial exchange" of the entire debate.

We previously wrote about how Abbott was incorrect about the law he cited in the debate, and that he actually has the power to settle the school finance lawsuit. The key is that, contrary to what Abbott said, he can settle any case he wants so long as he notes that any agreement is contingent upon future approval by the Legislature.

Harvey Kronberg, of Quorum Report, took to TV to slam Abbott for his lie:

Kronberg: "I've been covering the Legislature for 25 years, and I can tell you that anytime somebody sues the government of the State of Texas successfully over a certain threshold, an Attorney General is empowered and has a great deal of discretion to settle, but over a certain dollar amount, it has to be approved by the Legislature. So he mischaracterized what the law does - it does allow him to settle, it's simply contingent on legislative approval."

Kronberg wasn't the only one to pick up on Abbott's obvious lie. KVUE-TV reporter Mark Wiggins published a detailed account as part of their "TRUTH TEST" report from the debate of exactly what the Attorney General is empowered to do on his site:

Davis was not a member of the Senate and therefore did not vote on the original bill, which cleared the Senate on a vote of 27-3 and was signed into law by Gov. Perry...The law additionally states: "A settlement described by Subsection (a) entered into without the prior consent or approval of the legislature is void unless the settlement is expressly conditioned on obtaining subsequent approval by the legislature in accordance with this chapter."

Now that we and the press have presented him with this research, will he finally settle the case?