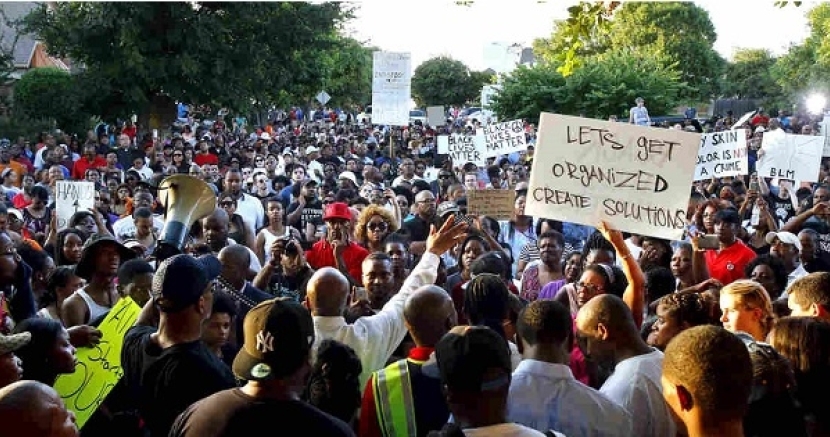 Let’s Turn McKinney Into an Opportunity

Ed. note: This content was originally posted on the ACLU of Texas blog, and is republished here with permission.

On June 5th, McKinney police responded to a complaint regarding unwanted teenagers at a community pool. What ought to have been relegated to a footnote in a local police blotter has become yet another variation on a depressingly routine theme in the racial politics of American policing.

Rather than exercising common sense and restraint, officers on the scene opted for escalation, intimidation, and excessive force against a group of young black people.

When we see the image of a McKinney cop drawing his weapon on two unarmed black teens while pressing his knee into the back of a 15 year-old girl who’s calling out for her mother, it is a wretched sign of the times that one of our first thoughts is, “It could have been worse.” But it could have been worse, because it has been, for Eric Garner, Akai Gurley, Tamir Rice, John Crawford, Michael Brown,Freddie Gray, and on and on.

Mercifully no lives were lost in McKinney last weekend, but the encounter nevertheless calls attention to the fact that we need a fundamental and comprehensive overhaul of our police practices, particularly when it comes to youth and communities of color.

The path forward is clear.

According to the President’s report on 21st Century Policing, police departments need to adopt zero-tolerance policies towards racial profiling, and to increase training in implicit bias, use of force, and de-escalation techniques. Officers need to begin thinking of themselves as guardians rather than as warriors, as parts of the communities they patrol rather than as occupiers of those communities. Police departments need to engage in more and more productive dialogues with the communities they serve, to establish transparency and clear chains of accountability, and should stop altogether the aggressive enforcement of low-level infractions in communities of color.

Until each and every one of these conditions are met, precisely no one should question why black teens flee when police show up.

If you wonder what that might look like, consider Nashville, where police essentially provided security for peaceful Ferguson protesters rather than lobbing tear gas grenades at them. Consider Las Vegas, which has implemented nearly 80 separate reforms in order to reduce its number of officer-involved shootings. Consider Richmond, where teens are recruited for community outreach rather than being slammed to the ground and handcuffed.

The fact that the offending officer has resigned from the McKinney police department does not settle the issue. The continued insistence that police abuse is the result of “bad apple” officers’ misbehavior actually creates an obstacle to comprehensive reform.

We already have the knowledge, the tools, and the road map to bring community policing to every city in the nation.

Now all we need is the will.