Let’s keep these innovations in our elections 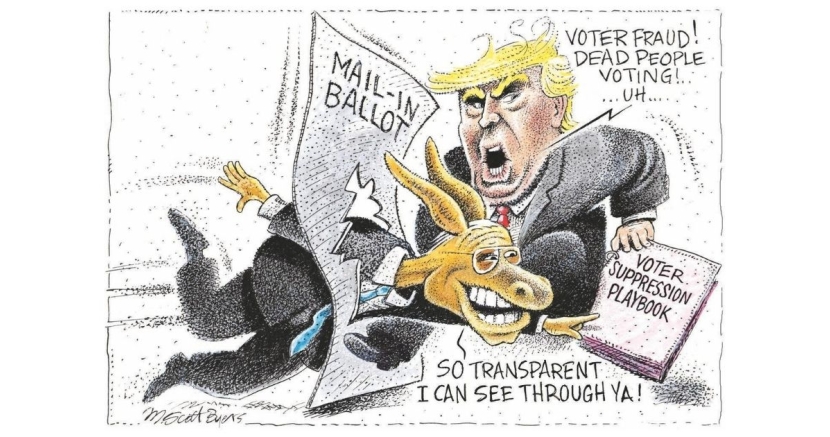 Glenn W. Smith
We made voting easier because of COVID. Let's keep it that way.

If you make voting easier, more folks will vote. That shouldn’t be a forehead-slapping, eureka-producing insight. What took us so long to figure it out?

Voters in Texas and around the country just proved that more people vote when voting is made easier, and they proved it in ways that should make both political parties happy.

Faced with the daunting prospect of conducting elections during a deadly pandemic, election officials put their heads together, shared best practices and made plans to expand safe voting opportunities.

Harris County also extended voting hours and operated several voting locations for 24 hours on the last day of early voting. Late-shift workers like health care workers at the Texas Medical Center shed tears of gratitude, happy their schedules had been taken into account.

Republicans successfully inhibited some other innovative plans, such as providing several convenient drop-off locations for those wanting to hand in the mail ballots rather than mail them. By executive order, Gov. Greg Abbott limited Harris and other Texas counties to just one such drop-off location.

Early in the pandemic, Abbott used his emergency powers to extend early voting from two to three weeks. He deserves credit for that, and the 2021 Texas Legislature should place that extended early voting period into law. Partisan breakouts appear to show that Republican and Democratic voters took equal advantage of it.

It would appear that the pandemic forced innovations that otherwise might have been overlooked or disallowed. Old habits die hard, though. And, while we made voting easier, we have not made it easy enough. That should change.

Election day should be made a holiday. We should have same-day voter registration throughout the country. The use of mail ballots, currently limited in Texas to voters who are disabled, over 65 or out of town, should be expanded. There’s no reason to limit drop-off locations for mail ballots to just one location per county. Twenty-four-hour voting should take place on several days, not just one.

President-elect Joe Biden should call for a new Voting Rights Act to eliminate barriers to voting, addressing underhanded voter suppression efforts such as the limited voting locations in minority neighborhoods and the spread of misinformation about the days, times and locations of voting.

In 2020, we rose to the occasion. Despite the COVID crisis, despite an over-heated political atmosphere, we innovated, we made voting easier, we conducted the election in a smooth, professional fashion. Congratulations to all. Let’s do it again.