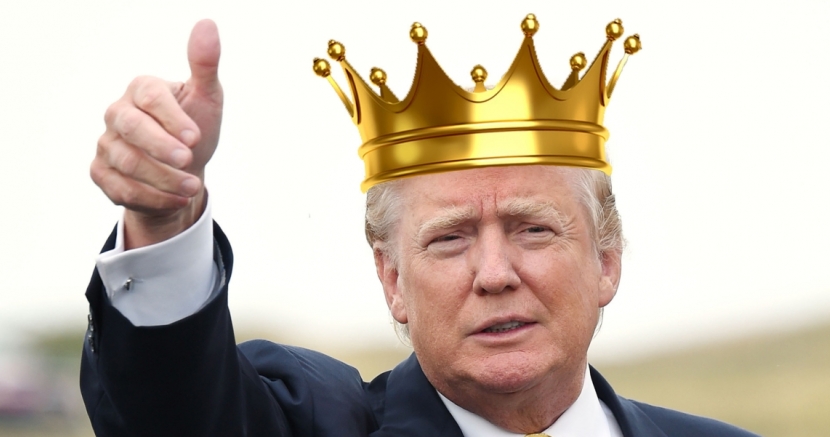 The authoritarian style has, to some degree, already captivated many on the Right

It’s not easy watching adult Americans sacrifice their pride and self-esteem so they can be ushered like serfs across the fake-gold lobby of Trump Tower for audience with a president-elect.

If we hold to the nation’s mythos, it’s a rather un-American impulse. True Grit’s Rooster Cogburn wouldn’t do it. For many, though, it seems there are unconquerable desires to be close to power or to have power embrace their interests.

Some, of course, go there for apparently selfless reasons, hoping their fealty persuades Donald Trumpto let a little light shine into his otherwise closed-tight-as-gold-vault mind. Still, it rattles democratic souls to know how most of the televised lobby crawls will end once the penthouse threshold is crossed: “Oh please oh please, I beg of thee, can I at least be undersecretary of something oh Majestic One?”

The very concept of a “presidential tower” rankles. Marry it to Trump’s ego, which is satisfied by nothing less than absolute glorification, and it’s just too much. It makes it worse to know that Trump understands exactly what he’s doing by forcing others to climb to his presence in his phony Olympus.

Trump knows that in a kind of political arthritis, bent knees stay bent.

For all of our love of the free and independent individual, many Americans feel more comfortable with an authority figure who reassures them of their place. At least they then know a place. A healthy respect for authority may be helpful to a nation’s people, although we should hope that in a democracy the word “healthy” is always emphasized.

There is nothing healthy about this moment in American history.

The president-elect has, so far, named three retired military generals to top posts in his administration: Gen. James Mattis as defense secretary, Gen. John Kelly as homeland security secretary, and Gen.Michael Flynn as national security advisor. Qualified these men might be, it looks more like a military junta than an executive branch in a democratic government.

This is just the signal Trump wants to send. He recognizes a certain impatience with democracy among his supporters. It’s time for some manly authority, never mind the matter that when it came to the manliness of actually serving in the military Trump would rather not. He can more safely pretend to be a military man by surrounding himself with military men. Is this a great country or what?

Trump, assuming supreme authority, has named a woman who hates public education, Betsy DeVos, as his education secretary, and a man who hates the environment, Scott Pruitt, to head theEnvironmental Protection Agency. This is where the imperial style of his transition matters.

Even a Republican-led Congress should balk at some of Trump’s decisions. But he is signaling, in every way he can, that his will should not be questioned.

When the leader of the union at Carrier, Chuck Jones, criticized Trump, Trump pounced. On Twitter. Whatever the power of Twitter, it just doesn’t seem the name of place a real strongman leader would hang out. Anyway, Trump pounced.

While we should be far more focused on Trump’s policies instead of his juvenile tweets, it’s true that the repetition of “Trump tweeted” ought to shrink him just a bit.

Still, Trump’s tweet behind the Chuck Jones tweet was, “Stay silent and obey or expect the wrath of your commander.” Sadly, there will be plenty of folks who obey him because of that threat.

The danger goes beyond Trump. The authoritarian style has, to some degree, already captivated many on the Right. Across the land, Trump’s example will be followed. Just watch Texas Trump darling, Lt. Gov. Dan Patrick, during the upcoming session of the Legislature.

We might remind ourselves that a man named Chuck Jones directed the Bugs Bunny cartoons. It would be wonderful if Union President Chuck Jones, along with the rest of us, took a lesson from trickster Bugs, who never bent a knee to anyone. A healthy “Eh, what’s up doc?” beats a trip to the Tower any time.

And we get to keep our self-respect.

Today’s Texas GOP is the Party of Trump, and it will do anything to hold on to power
1 day ago