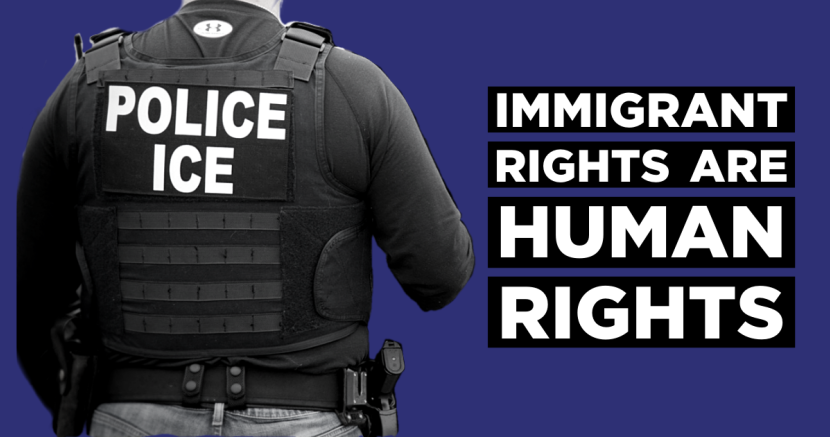 Victoria Guerrero
This policy is a human rights violation and inhibits a person's ability to present their immigration case before a judge.

The cruelty and inhumanity of the Trump administration knows no bounds. An Immigration and Customs Enforcement policy, previously blocked by a federal judge, has gone into effect, and its implications are dire.

The new policy gives ICE the power to begin deportation proceedings for any undocumented person who has lived within the U.S. for less than two years. The policy was first announced June of last year, with a federal court judge blocking it soon after, but a year later, the D.C. Circuit Court of Appeals has lifted the preliminary injunction. This means expedited removals of undocumented immigrants who cannot show proof of residency within the U.S. for more than two years could begin as early as this month.

This policy will likely have a disproportionate impact on Texas, where an estimated 1.7 million undocumented immigrants live. Previous policy only allowed immigration officials the power to use expedited removals within 100 miles of the border, and for individuals who have been in the country for up to two weeks.

This policy is a human rights violation. It infringes on a person's right to due process, and inhibits their ability to present their immigration case before a judge. Yet, this is exactly why this policy is being implemented. In a notice the Department of Homeland Security released last year, they stated:

"The effect of [the policy] will be to enhance national security and public safety — while reducing government costs — by facilitating prompt immigration determinations."

This policy would essentially create the burden for all non-citizens to have to carry appropriate documentation proving their residency for longer than two years at all times. Failure to carry such documentation could leave them open to the possibility of expedited deportation if at any time they get stopped by ICE.

Non-citizens shouldn’t have to prove their continuous presence within this country in order to avoid deportation. Non-citizens deserve due process, just like every other person living in the U.S.

The effect this policy will have on undocumented immigrants here in the U.S. cannot be overstated. This policy gives ICE even more direct power to ruin lives, in a time where so many are already facing their own personal tragedies associated with the pandemic. In the four years Trump has been in office, the immigration policies his administration has managed to push through will have lasting implications for years to come.