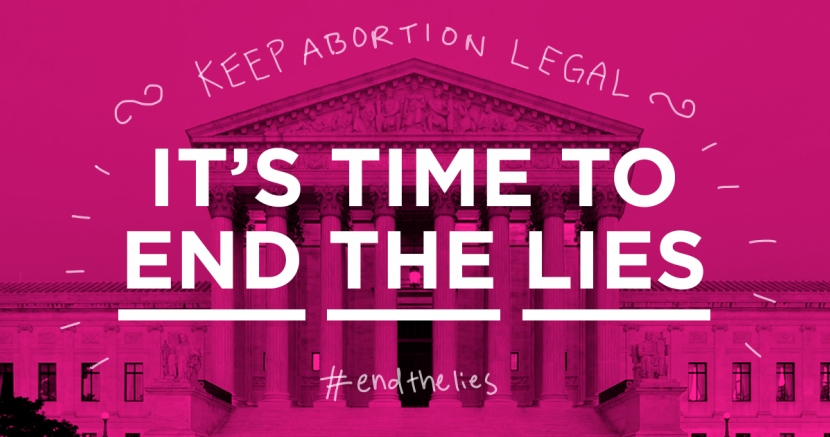 The US Supreme Court handed a big loss to women trying to get medically accurate information on all their reproductive health care options. In Texas, fake clinics outnumber real abortion clinics by a huge margin. And the lies don’t stop there.

At issue in NIFLA v. Becerra was whether crisis pregnancy centers (CPCs) — fake women’s health clinics that exist to manipulate people from having an abortion — have the constitutional right to lie about health care. The law challenged — and upended by the five conservative justices on the Supreme Court — required CPCs in California to disclose whether or not they were a licensed medical facility and, if licensed, to post information about abortion and contraception services offered by the state.

In a blow to truth and a boon to the anti-abortion movement, in a 5-4 decision, the Court reversed a lower court decision and endorsed CPCs’ practice of not disclosing what they are to people who enter their doors seeking medical care.

Fake clinics have multiplied in Texas with a lot of state funding but little oversight.

In Texas — where there is no law on the books regulating their deceptive practices — these unlicensed CPCs not only masquerade as real medical facilities, but also give out false information to pregnant people. And the Republican-controlled state legislature, under the direction of Governor Greg Abbott, has been funnelling millions of taxpayer dollars to these fake anti-abortion clinics for more than decade through the state’s “Alternatives to Abortion” program.

According to NARAL Pro-Choice Texas, Texas is now home to at least 200 of these fake women’s health clinics. In a piece for Think Progress, Amanda Michelle Gomez explains how these clinics fit into Republican politicians’ larger anti-abortion agenda and the landscape of abortion access in Texas:

“In Texas, the clinics take advantage of restrictive laws — such as mandatory ultrasounds — and the abortion provider shortage, which makes access especially difficult for low-income people and people of color already. This is intentional. Lawmakers have siphoned public funds from family planning providers like Planned Parenthood to dozens of these crisis pregnancy centers because abortion — although legal — is taboo in conservative circles.”

And yet, at a time when Texas is experiencing a maternal mortality crisis and women are dying due to lack of adequate health care — instead of funding legitimate health care providers and services — last legislative session, Republicans dumped another $20 million budgeted for air quality control into the “Alternatives to Abortion” program.

Instead of passing laws like the one challenged in NIFLA v. Becerra requiring fake clinics to tell women the truth about what they do, Texas Republicans have passed laws — and Governor Abbott has implemented rules — that require abortion providers give their patients medically-inaccurate information.

The so-called “Woman’s Right to Know Act” passed in 2003 requires all patients seeking an abortion in Texas receive an "informed consent" booklet containing an overwhelming amount of misleading and inaccurate information. Over a third of the statements about fetal development in Texas’ 2013 version were deemed medically inaccurate by a panel of anatomy experts. In addition to containing fetal development and gestation misinformation and repeatedly calling embryos and fetuses “your baby” instead of using proper medical terminology, the booklet also distorts the risks associated with abortion. The false risks in the booklet, which include erroneously connecting abortion to breast cancer and suicide, have been widely debunked and are not substantiated by medical research.

In an even more disturbing twist, the Trump administration is now requiring that this booklet be distributed to all pregnant minors being held in its immigration detention centers. Texas Republicans’ lies are being exported to coerce pregnant people nationwide.

Texans seeking abortion care deserve unbiased, medically accurate information and services that are intended to inform —  not coerce — their decision.