How SXSW got political 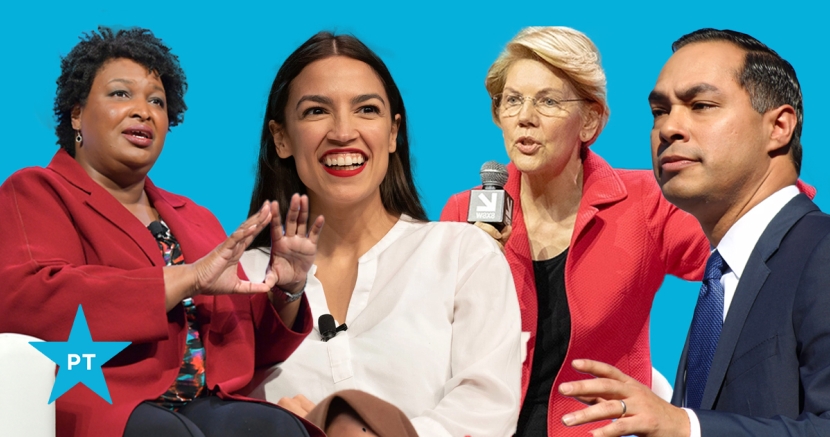 Charlie Bonner
South by Southwest has made Austin a cultural center for music and innovation, but can it help turn Texas blue?

For decades, South by Southwest has brought the brightest minds in music and technology to the Lone Star State to collaborate and build for the future. People gather from all over the world to discover a new band, see the latest films, and pitch the next great idea. This year, that innovative programming has taken a decidedly political turn.

SXSW is more of a political-who’s-who than the corn dog line at an Iowa state fair.

The shift began with President Barack Obama’s 2016 SXSW appearance where he noted, "the reason I'm here really is to recruit all of you. It's to say to you as I'm about to leave office, how can we start coming up with new platforms, new ideas, new approaches?"

Emerging technologies took center stage in the Obama election and his subsequent administration. It was a natural fit to build upon that legacy and engage the tech community in the civic problems that face us.

And yet, this year feels different. This year feels like a mandatory campaign stop for those seeking our nation’s highest office. It shows not only an essential shift in the programming, but the power Texas holds in the next election. Texas is in play in 2020, and progressive candidates attending SXSW know it.

Texas has been closing the electoral gap for years, from 16 percentage points in 2012 to 3 percentage points in the 2018 midterms, putting the next election in striking distance for a significant change. And taking back the Texas House is closer than you make think with only nine seats needed to take control.

The landscape of the once Republican giant has eroded because everyday people showed up to vote in 2018.

This year also marks a change as Texas joins California in moving up their primary dates to align with Super Tuesday, increasing the number of critical early delegates from large and diverse states. Now more than ever, the path to the presidential nomination is paved through Texas.

All of this is coming to a head this week in Austin, and it is exciting to see it unfold. For too long, this state we love so dearly has been taken for granted. At SXSW, the rest of the world is getting to see what we’ve always known –that Texas is a big-hearted and inclusive state worth fighting for.