How progressive voters are changing the political landscape of south Texas 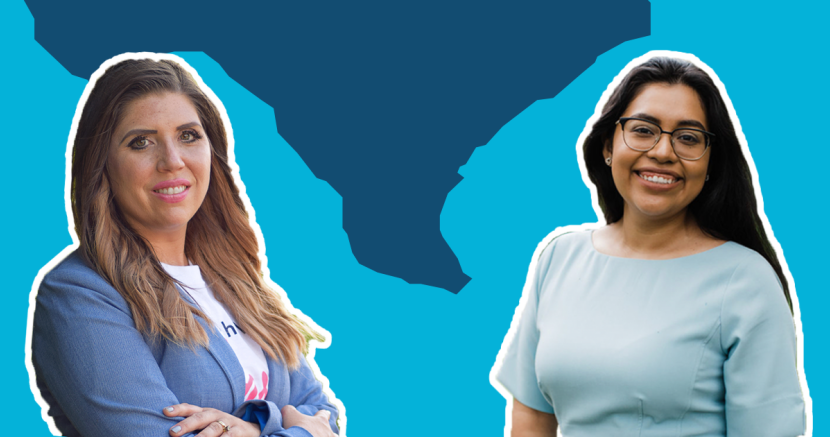 For years, the Rio Grande Valley and its surrounding cities have been characterized as a generally Democratic but, conservative area. Recently new, young progressives have been building power and are changing the political landscape of South Texas.

Across the state, more and more young people are getting politically involved and paving the path for a new Texas, none of which is more apparent than in South Texas. The progressive and people-centered campaigns of Jessica Cisneros for Congress and Sara Stapleton Barrera for State Senate may not have received favorable electoral outcomes, but the lasting impact their campaigns will have on the region is undeniable.

In 2019, when news first broke that the organization Justice Democrats had endorsed Cisneros as a challenger against the U.S. Representative Henry Cuellar of District 28, progressives residing in South Texas were ecstatic. Cisneros was boldly in favor of Medicare for All, a Green New Deal, and progressive immigration reform, all of which were not platforms candidates and voters were used to in South Texas. Her candidacy ignited the hope of many community members residing in District 28, who saw themselves and their families in the young Latina from a working-class, immigrant family, many of which would go on to volunteer for their first ever political campaign in support of her.

Cisneros ran a completely grassroots-funded, volunteer-orientated campaign against one of the most powerful and corrupt Democrats in Texas, and came within 3 points. Even with this loss, Cisneros managed to challenge the idea that bold platforms don't entice voters, and confirmed to many that the community is embracing the idea of change.

Inclusive, grassroots efforts reaching community members where they are

After almost 30 years of holding public office, Senator Eddie Lucio Jr. of Senate District 27 finally faced a competitive challenger: Attorney Sara Stapleton-Barrera of Brownsville. You would not need to look far within SD-27 to find pieces of Senator Lucio’s influence, whether it's the school and highway named after him, or the businesses and famous musicians that offer him their unyielding support. There is no doubt about it, Lucio has a stronghold on SD-27, but Stapleton-Barrera was a strong challenger.

Not only did she manage to receive various endorsements from progressive organizations throughout the state, but the strength of her campaign threatened Lucio enough that he raised more than $1 million in campaign funds, something he had never done in previous election cycles.

She managed to reach communities that had never seen political outreach before, and ran with a bold pro-choice platform and in support of the LGBTQIA+ community, two platforms that her opponent had once vocalized were not issues South Texans in SD-27 were concerned with. Yet, even with all of the political influence Lucio holds in the region, Stapleton-Barrera came within 300 votes in the largest county in the district, Cameron County. And even during a global pandemic, voter turnout for the 2020 primary election in Cameron County totaled to 34,416 people, more than the 2016 election of 31,747.

South Texans care about progressive change, and both Cisneros’ Stapleton-Barrera’s candidacies prove it.

Both of these candidates took on long-time Democratic incumbents that not only have strong support from the GOP, but also deeply-entrenched roots within the community due to years of holding office unopposed. The elected officials Stapleton-Barrera and Cisneros challenged may be considered political powerhouses to some, but in the eyes of others, the true power lies in the potential for systemic change these two progressive challengers unlocked with their historic races.

The issues they ran on, and the voter turnout rates they were able to achieve, tell a very clear story on how progressive ideals can win in South Texas, and will set the foundation and shape future electoral races in the region to come.