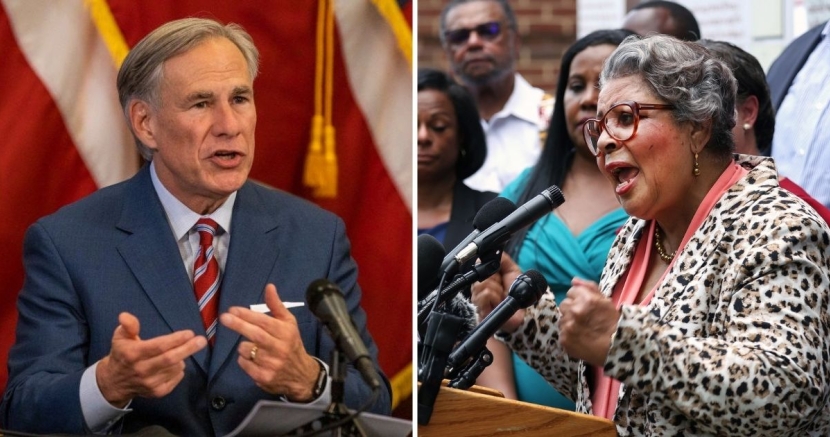 Glenn W. Smith
Texas Dems must stay the course and refuse to return to the poisoned air of the Capitol until Governor Abbott’s hostage-taking has ended.

Democratic legislators who decamped to Washington, D.C., breaking quorum and halting business in the Texas House, are rightly focused on Republicans’ attacks on voting rights. Obscured by the urgency of those issues is the fact that Abbott’s veto disenfranchises state lawmakers unless they bend to his will and disenfranchise Texas voters.

Abbott’s veto of the Legislature’s budget takes effect September 1. However, because of Texas Comptroller bookkeeping deadlines, the real drop-dead date is September 20. Lawmakers, employees and the Texas AFL-CIO have challenged the veto in the Texas Supreme Court, which has yet to rule.

One way or another, Democrats can beat Abbott on this issue by simply staying the course and refusing to return to the Texas Capitol as Abbott’s hostages. Ultimately, the executive branch is not going to eliminate the legislative branch, destroying the Texas Constitution’s bright-line balance of powers among the three branches of government.

A victory would liberate Democratic lawmakers from Abbott’s hostage-taking and give them more freedom to do what they can to protect voting rights from Republicans’ assault. Here are some ways that Abbott loses, Democrats win, and the Legislature’s budget remains intact:

Democrats’ victory depends upon only one thing: they must stay the course and refuse to return to the poisoned air of the Capitol until Abbott’s hostage-taking has ended.

Democrats have the Constitution on their side. Also, Abbott is certainly aware that Texans always blame governors for chaos and disarray in Austin. He’s not going to follow through and try to eliminate the legislative branch of government.

There is an additional practical concern that Republicans are aware of. They hope to gain additional advantage in Texas by gerrymandering new legislative districts in the upcoming redistricting process. But that process cannot begin without the Texas Legislative Council, the legislature’s in-house law firm, and Abbott vetoed its budget.

The delayed census has already complicated the redistricting process. Further complications could hand Republicans a setback caused entirely by the Republican governor’s precipitous action. Folks have noticed that very few Republicans have voiced support for Abbott’s veto. They seem to know it for the mistake it is.