Healthcare Is Always on the Ballot 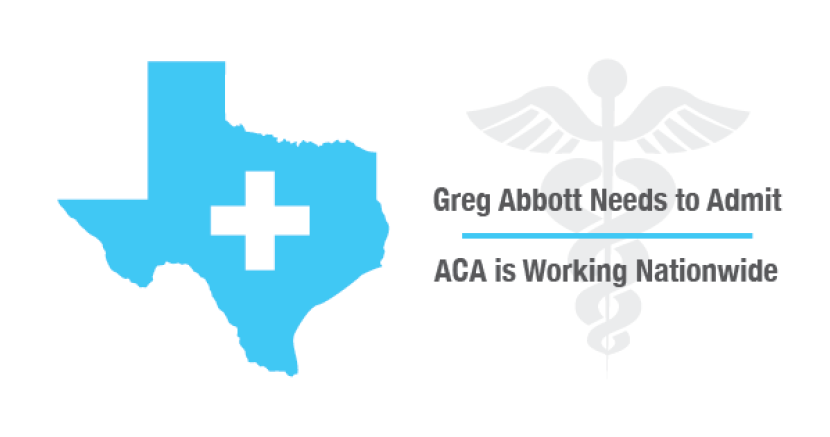 Ed. note: the following is cross-posted from the Texas Organizing Project.

This year, Texas voters are hearing a lot about the issue of healthcare. It’s an important subject that touches peoples lives every day - not just in election years and not just this year.

Governor Rick Perry’s refusal to participate in Medicaid expansion has left more than 2 million Texans without access to affordable health care. This course of inaction, which is now supported by Republican gubernatorial nominee Greg Abbott, is a painful example of how Republicans are placing ideology before public policy.

Their actions have created a “coverage gap” for more than one million Texans - those who work and get paid too little to qualify for subsidies but earn too much to qualify for Medicaid. The coverage gap includes veterans and their spouses, and those who are the vast majority of Texas’ growing economy: workers in retail, construction, child care, hospitality, and food service.

Even though passage of the Affordable Care Act increased access to affordable health care, working families still have trouble affording the preventative care and routine check-ups that defend against expensive “emergency” procedures. Without expanding Medicaid, these one million Texans in the gap can’t get subsidies to help cover these costs that low-income working families in other states have access to. Even Republican strongholds such as Arizona, Arkansas and Kentucky have adopted a form of affordable care to serve those most vulnerable.

Refusing to expand Medicaid also leaves $100 billion in federal dollars on the table. Leaving taxpayer money in the hands of the federal government means we are paying twice for health care - in higher taxes at the local level to cover uncompensated costs of the uninsured, and in federal taxes that aren’t coming home to Texas.

The Perryman Group, an economic and financial analysis firm, determined that Texas has only one clear choice: participate in medicaid expansion. In a recent publication, the group illustrates that expanding Medicaid will create 300,000 jobs per annum over the next 10 years and not participating in Medicaid expansion will have a serious economic downside. It is glaringly obvious that Austin’s old insider network is not looking out for everyday Texans.

Texas Organizing Project (TOP) and local community organizations across the state enrolled more than 735,000 Texans into insurance plans under the Affordable Care Act from October 2013 to March 2014. The growth surpassed expectations and represented the largest one-time increase in health care enrollment here in Texas in over a decade - showing that Texas’ working families need and want access to affordable health care.

However, there is still plenty of work to be done. On November 15, 2014, the second open enrollment period begins and 5.7 million Texans, almost 1 in 4, are still living without health insurance.

Health care is not a political football - it is literally a life or death issue. And the truth is, health care is always on the ballot. It’s on the ballot whenever we are made to choose between leaders who will or will not act on expanding access to quality, affordable care.

Join us in voting for health care on November 4th to build a new majority that will elect leaders who defend the values of hard-working texans. Your vote can make a difference in your life and the lives of the one million hardworking families who are currently denied access to quality care.