Heads we win, tails you lose: The high court’s attack on voters 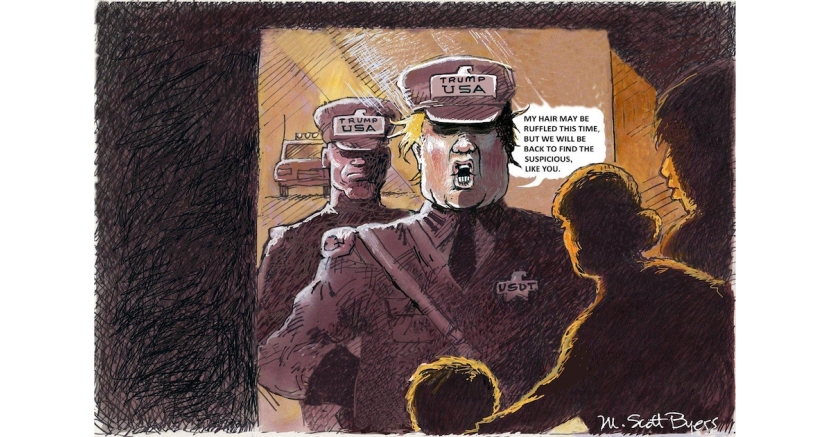 Hard-to-meet voter ID standards, restrictive voter suppression rules, some of the most extreme gerrymandering in the nation – all have been employed by Republicans to build a wall against voters they assume will oppose them.

Heads we win, tails you lose. That’s the conservative U.S. Supreme Court’s message to minority voters and Democrats these last several years with regard to voting rights. Here’s how the court did it.

In 2013, Chief Justice John Roberts authored an opinion that gutted the 1965 Voting Rights Act, writing that there’s no longer ”‘flagrant,’ ‘widespread,’ and ‘rampant’ discrimination that faced Congress in 1965.” That has to be one of the most reality-defying observations ever made by the court, but there it is.

Flip a quarter in the air, then, and it lands with George Washington’s face up and just like that there’s not enough discrimination in America to justify the main portions of the Voting Rights Act.

Now, consider the court’s recent ruling okaying the partisan gerrymandering of congressional and state house district lines. Sure, Republican-drawn lines might discriminate against minorities, but that’s just because they tend to vote for Democrats. It’s their partisan leaning, not their skin color, that makes it all okay in the court’s eyes.

In this case, the quarter lands with the American eagle side up instead of the George Washington side. Gerrymandering isn’t discriminatory, it’s just partisan.

Heads, there’s no discrimination. Tails, there might be discrimination but it’s just partisanship and the Constitution doesn’t outlaw partisanship. Just like that, the right to vote, the most fundamental right in a democracy, is lost.

To put the court’s actions in a bit of context, we might recall that one of the grievances against King George III listed in the Declaration of Independence was the king’s refusal to allow communities of people to form fair elective groups – that is, representative districts.

With regard to another current attack on voting rights and representative government, the court didn’t fully close and lock the door to the Trump administration’s efforts to weaponize the U.S. Census.

Trump’s proposed “citizenship question” on the census − he announced Thursday that he was ending his fight to add the question, but not backing down in his effort to count citizens − was the rhetorical equivalent of a stormtrooper at the door. It was intended to intimidate citizens and qualified voters into hiding from the census out of fears that their skin color or heritage makes them suspect and vulnerable to a regime that doesn’t even hide its discriminatory intent.

What might all this mean in Texas? Back in 1982, Republican Gov. Bill Clements lost to Democratic Attorney General Mark White. Afterward, Clements said his pollster had missed a larger-than-expected turnout for White among African American voters.

It was the last time Texas Republican candidates, consultants, and officeholders would fail to recognize that risk. Since that time, they have mounted one voter suppression effort after another, hoping to diminish the number of votes from communities they assume will vote against them.

Hard-to-meet voter ID standards, restrictive voter suppression rules, some of the most extreme gerrymandering in the nation – all have been employed by Republicans to build a wall against voters they assume will oppose them.

During the just-ended 2019 session of the Legislature, Republicans tried and failed to pass more bureaucratic barriers to voting. Gov. Greg Abbott’s Secretary of State also tried to execute a massive purge of voter rolls that could have stripped voting rights from tens of thousands of Texans.

All this is made possible by a Supreme Court that’s used two-bit arguments to turn the American eagle and the profile of George Washington against democracy.