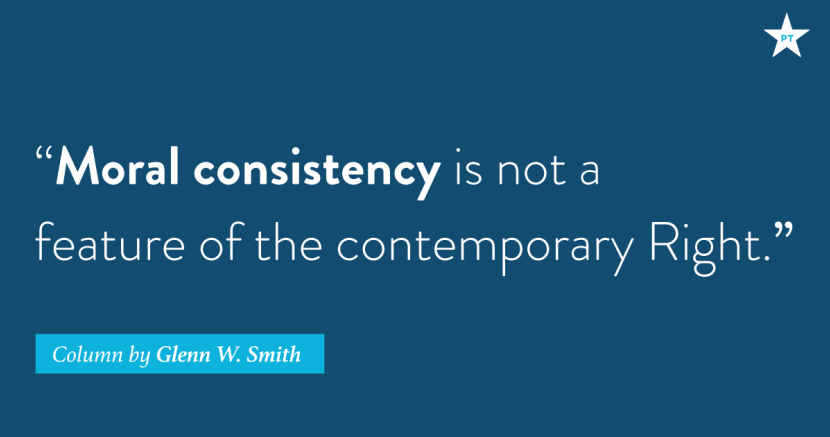 First, the good news. There was an outbreak of common sense in the Texas House of Representativesthis week. Members voted to get us through drizzly economic weather and balance the budget by using $2.5 billion of the Rainy Day Fund. The Texas Senate, an “upper chamber” in name only, had instead employed an unconstitutional accounting trick involving now-you-see-them, now-you-don’t highway funds.

House members tried once again to drive a stake through the heart of Lt. Gov. Dan Patrick’s zombie school voucher plan. It remains to be seen whether the anti-voucher budget language will hold, but it sure signals that an overwhelming coalition of rural and urban House members prefer the word “public” to define the state’s K through 12 schools.

Also, the House voted to take $43 million from Gov. Greg Abbott’s Texas Slush Fund, I mean Texas Enterprise Fund, and spend it instead addressing the deadly crises in Child Protective Services and foster care. The TEF is nothing but the love child of political graft and corporate welfare, so it’s heartening to see the money used for more enlightened – and absolutely necessary – purposes.

House members voted to strip $20 million from the Commission on Environmental Quality, money intended to reduce air pollution that can cause unnecessary illness and even death. They gave the money to the Alternatives to Abortion program. Get it? Even fetuses with heartbreaking terminal defects must be born but conservatives reserve the right to poison the kids and deny them health care once they are out of the womb.

Moral consistency is not a feature of the contemporary Right.

Take this example. President Donald Trump was said to be moved by the terrifying video of a chemical weapons attack on Syrian civilians. So moved was Trump that he launched a retaliatory missile attack on a Syrian air base. Syrian President Bashar al-Assad is a murderous monster undeserving of mercy. So, okay.

But how does this square morally with Trump’s decision to approve use of a Dow Chemical pesticide in American homes that is known to damage children’s brains? It’s not suspected of causing brain damage. The chemical is known to cause brain damage.

Is the difference one of intent? The user of chemical weapons clearly intends to cause the painful and horrible deaths of his victims. The approver of brain-damaging pesticides intends…what? Are those harmed by the pesticide simply to be looked on as collateral damage? Is Trump’s thought that his pesticide plan will at least help provide jobs to those whose brains remain undamaged? Is his fear of bugs so severe he’ll sacrifice children’s health to get at them?

We’ve reached a perilous moment with regard to protection of environmental health and safety. Has the issue become so personalized and polarized that it’s impossible to find common sense solutions?

Is it the case that many on the Right, Trump and his stateside supporters included, oppose environmental protections simply because those protections are recommended by their opponents on the Left? If a liberal citizen notes that a pesticide damages children’s brains, do conservatives reject the science just because it was a liberal that pointed to the overwhelming scientific evidence?

Those raised during or just after the Red Scare years can well remember how we were taught a terrible trait of Communist regimes:  Communists actually sacrificed Truth and Science in the service of their ideology. More than one history and government teacher made this point. Science and math teachers taught it, too.

It may be true that the anti-science poison on the Right is more severe than the actual poison in our air and water, and that’s saying something.