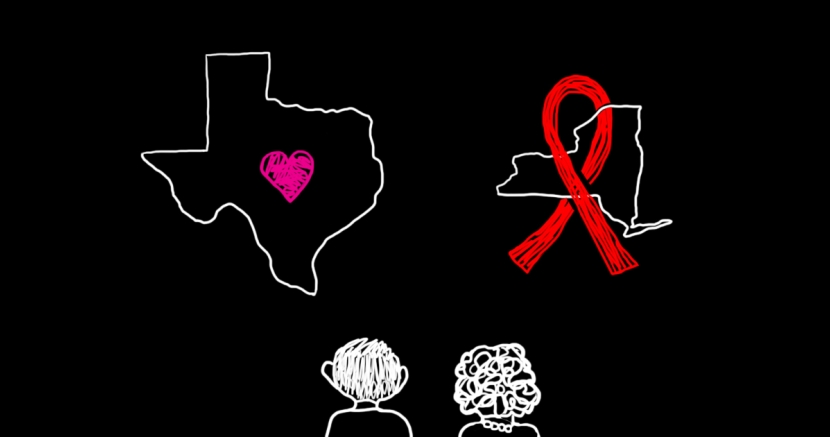 Before George H.W. Bush refused to take action on AIDS, he and Barbara were pro-choice

For the internet, the “legacy of American heroes” does not go without blemish.

There’s no doubt that George H.W. Bush failed individuals with AIDS. Over the weekend, we were reminded as we honored hundreds of thousands of lives that were affected by the epidemic, while the nation reflected on Bush’s life.

During his presidency in the late 1980s, ACT UP was a community group at the center of the AIDS crisis in New York City. ACT UP HELD IT DOWN during the Bush administration, marching and protested all around D.C., closing down Pennsylvania Avenue and chanting “Shame!” outside the White House (before it was closed to traffic), as well as outside the Department of Health and Human Services, his CDC, and the National Institute of Health.

For the internet and for us at Progress Texas, the “legacy of American heroes” does not go without blemish.

While we certainly did not agree with all of his policies, we can see the ways he stood up for progressive values in a time when politicians were admonished for doing so.

Looking back on the H.W. pre-presidency and VP years, you can clearly see the ways that conservative influences and divisive politics pushed him further and further into the gray, and eventually to inaction.

While Bush was a Congress member representing the good people of Houston, he worked on social spending and stood up for people first. And while he succeeded, he did stop advocating for social spending after receiving criticism from his party.

Bush and Barbara were also both supporters of Planned Parenthood before his run for Vice President with Ronald Reagan. Their support abruptly stopped due to a religious conservative push by Reagan to force moderates into a pro-life agenda that made reproductive choices a divisive issue. Before then, the Bush lineage had several decades of support for Planned Parenthood, starting with H.W.'s granddaddy and leading to his daddy, Prescott Bush, serving as treasurer for Planned Parenthood's first national campaign.

Despite his early progressive work, Bush’s inability to act during a time of crisis and a cry for public health action and his abrupt rejection of pro-choice ideals is inexcusable. While Bush worked across the aisle during his presidency, he still was not quite acting for the interest of all people.

Make no mistake, the differences between Bush and Donald Trump are clear.

Under both administrations, we have seen community advocates stand up for the rights of others and hold presidents accountable for their horrendous attacks on people. This is our true legacy, the legacy of young and working white, black, and brown people who choose to stand up for injustice when their presidents were busy pocketing special interests and political flair for gain.

This week, history has reminded us that progress is made by the people. As advocates, we must remain vigilant and ensure that officials represent the interest of the communities they were elected to serve.