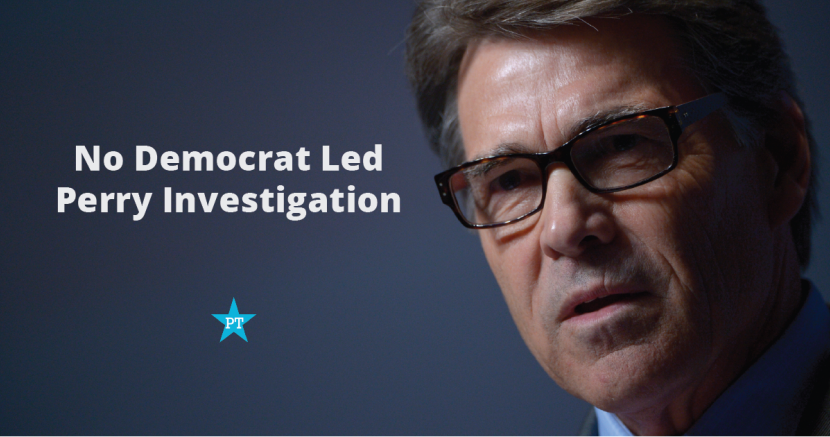 A central talking point in Rick Perry’s public relations defense campaign—that his abuse of office and coercion felony indictment is a partisan attack orchestrated by the left—is an absolute farce. Republicans—folks in his own party—have been at the helm of the investigation into Perry’s crimes since day one.

Not a single Democrat was involved in leading Perry’s grand jury investigation or two-count felony indictment.

·      All Travis County officials—Democrats—recused themselves from handling the case before the investigation started.

·      Judge Billy Ray Stubblefield, the presiding judge in the Third District and a Republican appointed by Rick Perry, chose to assign the case to another Republican judge in lieu of dismissing the complaint against Perry.

·      Judge Bert Richardson, the presiding judge in the grand jury investigation selected by Judge Stubblefield and a Republican candidate for Texas Court of Criminal Appeals, again chose to proceed with the case.

·      Special Prosecutor Michael McCrum, a conservative former federal prosecutor in the Bush Administration and a Republican Senator-backed candidate for U.S. Attorney, was assigned by Judge Richardson to lead the investigation. He ran a thorough investigation that included interviews with more than 40 people, many of whom were Perry staffers and former staffers.

Ignoring an inconvenient truth doesn’t change the facts. The partisan attack narrative is demonstrably false. If anything, Perry’s indictment came from within his own party.