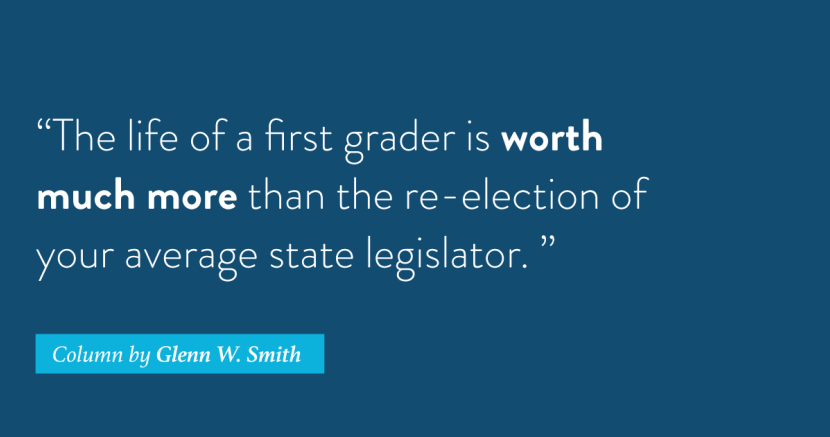 Seventeen dead and seventeen wounded in a Valentine’s Day mass shooting at Marjorie Stoneman Douglas High School in Parkland, Florida. “We offer our thoughts and prayers,” chants a chorus of elected officials who have little intention of doing anything more than that. Their insincerity is enough to give faith and piety bad reputations.

Austin musician and songwriter Chip Dolan, watching the events unfold, had heard enough. He picked up his guitar. The words and the melody came straight from his heart without much conscious shaping. “Thoughts and Prayers,” he called the song:

Dolan is quick to say he’s not criticizing anyone’s faith. He’s frustrated and angered by the hollow expressions of concern from those who could do much more about gun violence than offer far-away greeting cards of sympathy.Dolan said it was as if politicians cared more about calling attention to themselves than paying any real attention to victims of gun violence. They seem even less concerned about doing something to prevent future tragedies, he said.

Apparently, many Americans, especially young people, share Dolan’s view. They are offering more than thoughts and prayers to America and to victims of gun violence. With extraordinary energy and commitment, they are rising in protest, demanding changes in laws that make it too easy for dangerous people to obtain mass killing weapons.

On Saturday, on March 24, “March for Our Lives” will take place in 800 locations around the world. Marches are scheduled for Austin, Houston, Dallas, San Antonio and other Texas cities.

Lawmakers in some states are already responding. But it’s not enough. And President Trump and the Republicans in Congress seemed more inclined to talk their empty talk than act.

We don’t have to leave mass killing weapons in the hands of the dangerous. We can take steps that protect us and our children within all of our shared Constitutional rights. Only the merchants of death behind the NRA, hell bent on profits from gun sales, claim otherwise.

Consider for a moment that you have joined the PTA at your child’s school. Maybe the group is considering ways to improve school safety and security.

Now ask yourself this:  Would you make the NRA your first call for advice? Would you then give the NRA veto power over your decisions?

And don’t let them fool you that this has anything to do with the Second Amendment. It’s not threatened by common sense rules that would, for instance, keep weapons of mass killings out of the hands of madmen.

Maybe I should think and pray harder that politicians will overcome their ridiculous self-regard and do something for others. The life of a first grader is worth much more than the re-election of your average state legislator. Think and pray on that.

Only 7 states limit vote-by-mail access based on age. Texas is one of them.
6 days ago

No one should lose their home for staying at home