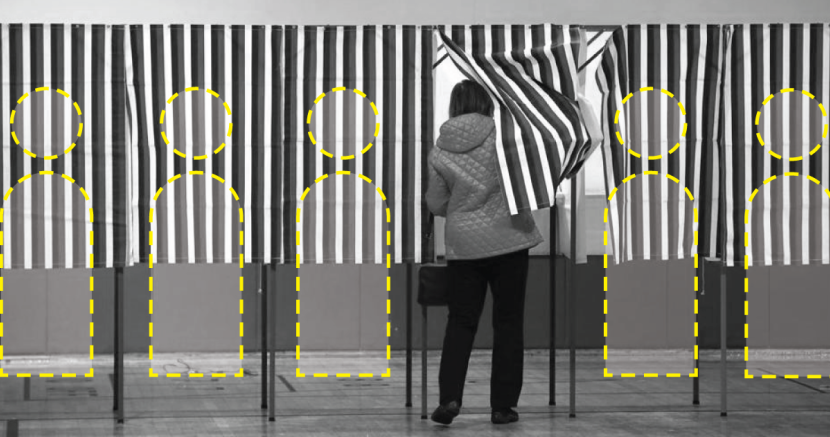 Ed Espinoza
If we can stem the tide of drop-off voting by even a third, then we can end the stranglehold that Republicans have on Texas.

There are tons of trends, both bad and good. Popped collars: bad. Giving up cars: good. Avocado toast: jury still out.

But there is one trend that is assuredly bad and it's worth ending: drop-off voting.

If you're in Texas then you are probably familiar with drop-off voting. Or even worse, you are a drop-off voter (gasp)!

Drop-off voters are those who vote in presidential years but skip the midterm elections in between. Texas has one of the largest populations of drop-off voters in America, we literally have millions here.

Don't think drop-off voting is that bad? Let's put this in perspective. Progress Texas projects that Democrats will be 500,000 votes shy of flipping Texas in 2018, but that there will be 1.5 million drop-off voters who stay home (see charts below for how we arrive at these numbers).

If we can stem the tide of drop-off voting by even a third, then we can end the stranglehold that Republicans have on Texas.

The effect of drop-off voting hits both parties, but this year it could hurt Democratic candidates a lot more because these are two age groups campaigns should be targeting that support Democrats over Republicans by substantial margins.

Drop-off voters are evident among all age groups, but by far the biggest number is among Millennials and Generation X - and specifically those aged 25 to 49. The drop-off among these age groups is a decades-long trend, however it's notable heading into 2018 because these are currently generations that are very supportive of progressive policies and politics.

Millennials and Generation X have never had more power to change Texas politics than they do right now.

To give you an example of how many votes we leave on the table with drop-off voting, listed below is what drop-off previously looked like among various age groups.

That data represents all drop-off voters, not just progressive ones. Which is why I'm focusing on the Millennial-Generation X age groups. And, as the fastest growing state in the nation, our numbers have only increased since then.

A few years back Progress Texas commissioned a poll to learn more about drop-off voters. We wanted to know why they stayed home, and what could bring them out. We surveyed roughly 700 progressive-minded voters and asked them about their habits.

To our surprise, we got a lot of answers along the lines of "I always vote because I think it's important to decide who the president will be." We also go "I never miss an election, I vote every four years."

It became apparent to us that the voters did not realize they were drop-off voters because they viewed elections like the Summer Olympics: something that happens once every four years.

When I spoke to other groups about this, they weren't surprised. A colleague from Planned Parenthood told me that her polling revealed that some voters did not even know there was a midterm election.

How you can help: talk to your friends about the 2018 elections

As campaigns attest, the most powerful type of persuasion is person-to-person, and it's even more powerful when it's from someone you know.

Here is the projected gap and how Millennials and Generation X can help us fill it:

About the data: over the past few weeks I've been writing a number of blogs on how population growth, voter growth favoring Democrats, and now 2018 projections. Some people want to know how we access this information. It is primarily based on historical election data drawn from the Texas Secretary of State, and then further details (such as age and voter history) is available through a voter file information compiled from county-level data into a proprietary database.

We determine drop-off votes by looking at historical turnout data, identifying a common trend, and then subtracting that "trend" number from the previous year's presidential tally.

For Democrats, that number has been ranging from 1.277 million to 1.472 million over the past three election cycles, an increase of roughly 50,000 drop-offs per cycle. So we assume that the drop-off in 2018 could be 1.522 million.

For Republicans the math is a bit easier because their turnout numbers are so reliable: They are almost always around 1.8 million and they have not meaningfully grown their vote share in the state. So we assume they will once again experience a 1.8 million drop-off.