The Double Standard of Being Young: Should we dismiss mistakes or learn from them? 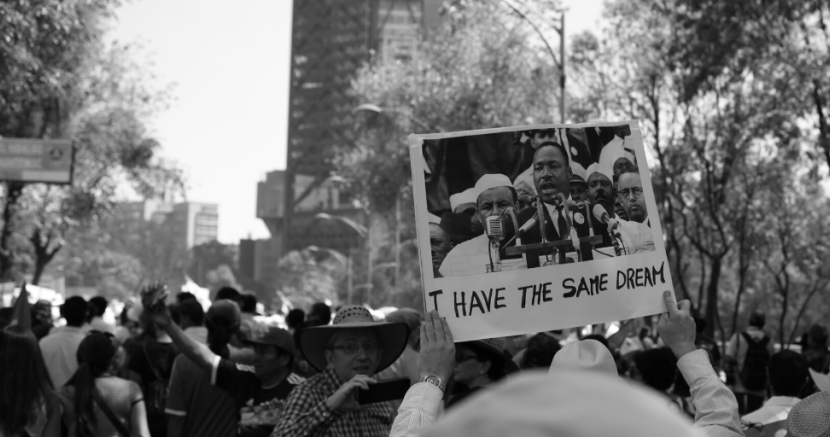 Jen Ramos
When we downplay the severity of actions and chastise concern on the basis of being young, your destiny is to repeat history.

Earlier this week, a member of the Tarrant County Young Republicans chose to display -- in a group photo at a Martin Luther King Jr. March in Fort Worth -- what has become known as a symbol of white supremacy.

While the members half heartedly apologized, they denied any true opportunity to be held accountable or grow from their mistakes.

It’s not a real white power symbol, he does that b/c he thinks it’s funny how crazy leftists get over a fake symbol. Nonetheless it was inappropriate/dumb, and we’ll be talking w/ him. Rest assured though, he is no white supremacist. Bit of a troll perhaps...but a good kid.

Not a day goes by where I don’t hear that young voters could potentially save this country and right the wrongs of generations before us.

Unfortunately, that is usually followed with the immediate invalidation of young voters and our fragility in society. From my relatives to those who are older than me, I always hear some variation of the following:

“You’re such a snowflake! It was only a joke.”

“When you get older and pay taxes, you’ll be less idealistic.”

“You’ve just got to pick yourself up by the bootstraps and stop whining.”

In this case, the Fort Worth Star Telegram is guilty of perpetuating this narrative.

We have no reason so far to doubt that, but it’s worth pausing to consider how our politics got to this point.

Celebrations of King should be about unity. The holiday is a moment to honor America’s steps toward making our founding creed true for all, particularly those prompted by King’s civil-rights work. And it’s a time to redouble effort on all that remains to be done for his vision of true equality to be realized.

What it’s not is a venue for political triumphalism or partisan gain.

When we downplay the severity of actions and chastise concern on the basis of being young, your destiny is to repeat history.

White supremacy is no joke, especially to me.

As my neighborhood has silently become victim to stickers and flyers promoting white supremacy, no one is more disappointed that “owning the libs” has become an acceptable excuse for perpetuating a culture of apathy when faced with signs of actual white supremacy than me.

I’m even more disappointed that the Telegram took it further, and refused to hold Robert Coe accountable for his actions.

For politicos as young as Coe, these are the only rules of engagement they’ve ever known. So let’s try to find a lesson or two in this incident.

Our culture portrayed Trayvon Martin as a grown man responsible for his own murder whereas the deplorable actions of Brett Kavanaugh were dismissed as boyish mistakes. The Telegram article only continues this cultural double standard. When this double standard is used to protect the reputations of young men like Coe, we dishonor the legacy of Dr. Martin Luther King Jr., who fought for equity and justice his entire life.

In a time when the terror of white supremacy threatens our country and our fellow Americans, it is appalling that this behavior is not just supported but publicly displayed by some in the Republican Party.

I’m disappointed by the actions of members in the Texas Young Republicans. Every one of us must work to break the chains of racism but must also be cognizant of what this means for our future.

While I can’t force the Tarrant County Young Republicans to feel remorse, I can only hope that we use this as an opportunity to move forward.

We will fight hatred with love, and injustice with advocacy.