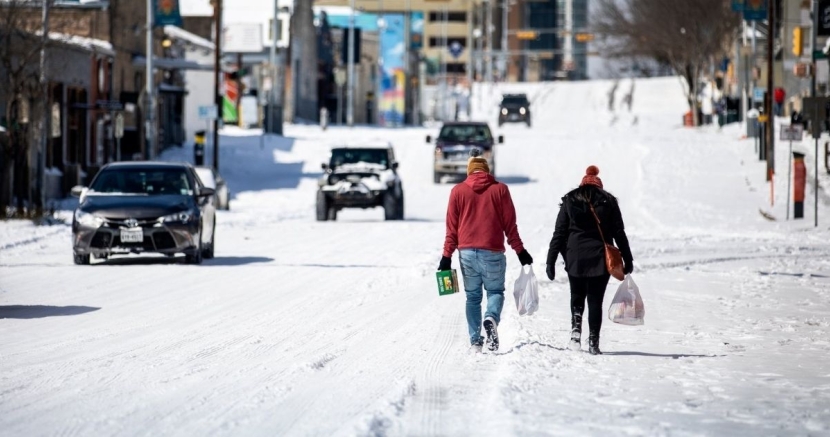 Last February, millions of Texans awoke from a sub-freezing night to no lights, no heat, no power at all. Half of the state’s electricity generation capacity had failed, and it would take four days for it to return. Meanwhile, without electricity, water distribution systems failed, leaving half of Texans without safe drinking water. Without water, hospitals were forced to evacuate. Winter Storm Uri cost the state between $80 and $130 billion and exposed countless vulnerabilities in our infrastructure that will only be exacerbated by increasing climate variability. Official counts place the death toll at 210, but other estimates range as high as 700. We cannot, in lives nor dollars, afford to ignore the effects of climate change.

This week, countries across the world are coming together in Glasgow for COP26 to discuss how the world will address our climate crisis. I joined over 535 state legislators in sending a letter to President Biden calling for stronger federal climate commitments to achieve full decarbonization and limit warming to 1.5°C or lower. The bipartisan letter organized by the National Caucus of Environmental Legislators was signed by legislators from 47 states and territories.

Texas is the most at-risk state for natural disasters, both in the variety and frequency of events. We experience long droughts that devastate our agriculture and threaten water supplies. Severe storms provide momentary relief from these droughts but quickly devolve into severe flash flooding that kills, on average, 17 Texans each year. And of course, hurricanes are an annual worry for all coastal Texans. Hurricane Harvey ravaged Texas in 2017 when it dumped 60 inches of rain in some parts of the state, killed at least 88 Texans, and cost $125 billion in damages. Many home and business owners still have yet to fully recover.

Texans are tough, but the threat of repeated Uris and Harveys will cripple the state. We cannot afford to endure the repeated batterings of natural disasters that overwhelm communities and entire regions. We cannot continue to pay for these disasters while ignoring the root cause. We need resilient infrastructure, and we need a global climate plan now.

That’s why I founded the Texas House Caucus on Climate, Environment, and the Energy Industry with 16 of my colleagues. Our membership has swelled to 30, and we’ve pushed forward the conversation on climate change and protected renewable energy against unfounded attacks after the blackout. Texas is uniquely poised to both accelerate the transition away from carbon and reap the benefits. Although we lead the nation in wind energy production and are second in solar, our state leadership is stuck in the past. We need strong federal action to move the ball forward on fighting climate change and protecting our children from natural disasters.

There are only two choices: Ignore climate change and suffer from continued disasters or take action now. Texans deserve the latter.

Representative Zwiener represents House District 45: Hays and Blanco Counties. She co-founded the House Caucus on Climate, Environment, and the Energy Industry and serves as the Chair.