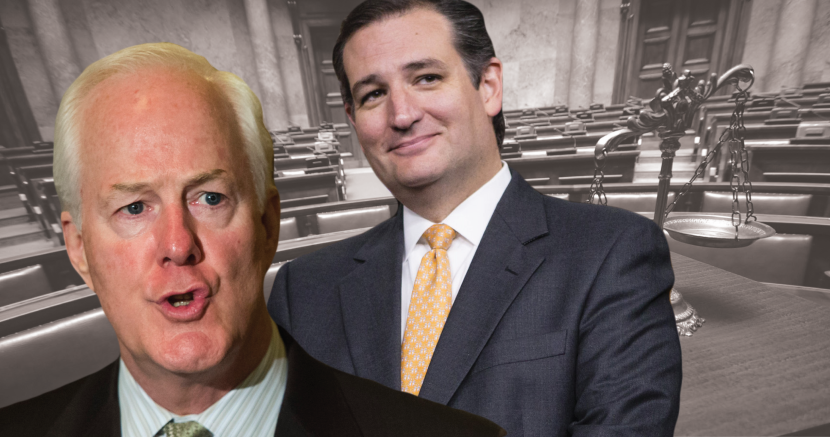 Under Cruz and Cornyn, with every occasional judge appointment comes a mountain of new vacancies.

With the long-awaited retirement of U.S. District Judge Walter S. Smith Jr., the day has finally come. Smith, who for the past year has been the subject of sexual assault allegations, ended his 32-year tenure on Monday.

The news comes as a win for the victims of Smith’s transgressions, with Ty Clevenger, the former Texas Attorney who filed the suit, bidding nothing but “good-riddance.” However, accompanying the good news of his retirement is another set of problems: the mounting federal court vacancies within the state.

Texas now has 11 federal district court seats open, as well as 2 vacancies on the U.S. Court of Appeals for the Fifth Circuit--the most in the nation. As time lapses, vacancies mean more cases piling up on other judges and more people waiting to have their day in court.

Recently, the Senate Judiciary Committee tackled some of those vacancies with a hearing for 5 federal judges which will be voted on by a full Senate in November. Nevertheless, 5 judges out of the now mounting 13 does not lend way to hope.

The painfully slow pace at which the Judiciary Committee is appointing new judges is due in part to the political gameplays of Senator Ted Cruz and Senator John Cornyn. Though it would seem that having big-named, long-time Senators on the Committee would make the appointing process go faster, the agendas of Cruz and Cornyn clash with the current Democratic White House. Between that and the obstruction the Republican controlled Senate, judge appointments often take far more time than necessary.

Even though the hearing of the 5 federal judges, whom will hopefully be better than retiree Judge Smith, is good news, it is definitely not celebration worthy. Under Cruz and Cornyn, with every occasional judge appointment comes a mountain of new vacancies.