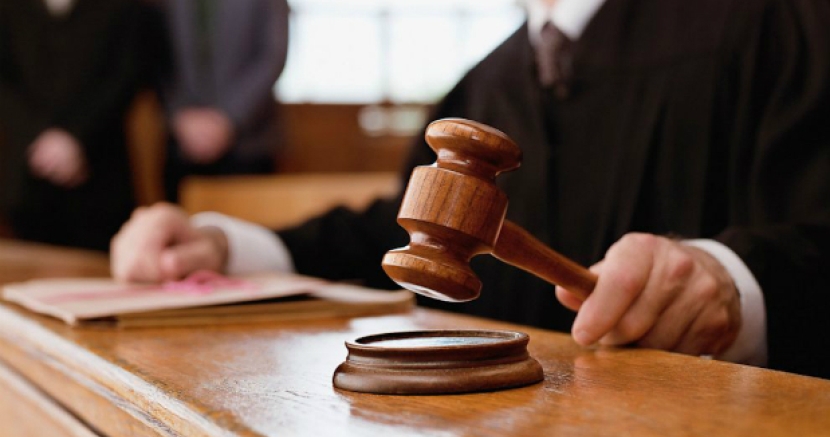 In Contempt of America

If leaders were required to treat citizens with the respect and deference afforded our judges, today’s Donald Trump-led GOP would be found in contempt of all of us.

Imagine the U.S. citizenry sitting as one 320 million-strong tribunal. Elected leaders sit at various advocacy tables before us. Immediately we notice difference between our imaginary tribunal and a court of law: those “officers of the court” before us possess the power to tell us, their judges, what to do.

That compact is breaking down, and it has reached a point of crisis as the Donald Trump era begins. Parenthetically, we should hope that the Trump years are so few that the word “era” won’t apply.

Here’s the really scary part. Through a variety of anti-democratic actions, neo-authoritarians of the Right have undermined the people’s ability to punish miscreant politicians at the ballot box.  We can no longer hold them in contempt even if we want to.

Other bricks in the wall against accountability involve granting the dollar more power than the voices of citizens. When money becomes speech, those with more money have more speech, that is, more power.

That’s one reason why the notion of Trump’s “populism” is so ridiculous. It’s more like “Marksism”– not Marxism – in which political con-men hustle unsuspecting “marks” or “gulls” (for gullible).

The victims or marks have been led to believe that they have somehow overcome all the anti-democratic barriers in their way. In actuality, the carnival con-men just allow the appearance of an occasional “winner” to make the game look fair when it is anything but.

There are complicated reasons for the vulnerability, some legitimate others not so much.  But one fact often overlooked is that today’s “winners” – Trump voters – share a real feeling of political alienation with today’s “losers.” It is reasonable to feel the game is rigged because it is. We just have different opinions about who rigged it and why.

A few years ago, there was much discussion of something called the “noble lie.” The lie about weapons of mass destruction in Iraq had something to do with firing up the pundit talk. Much of it was over-simplified prattle about Plato and modern political thinker Leo Strauss who is something of an intellectual hero to the Right. A noble lie might refer to a national myth of origin. George Washington and the cherry tree is an example.

Whatever the truth or relevance of the concept, it has become, in the minds of many on the Right, the acceptable use of the “ignoble lie.”

Trump is not the only one. Gov. Greg Abbott lies when he says so-called sanctuary cities threaten the safety and security of residents. The opposite is true. Just ask any law enforcement official. Or how about Lt. Gov. Dan Patrick’s lies that replacing public education with taxpayer-funded private salons for privileged kids will benefit everyone.

If the politicians behaved this way in front of a judge they would be found in contempt of court and, maybe, perjury. When they do it to us they display contempt for us, for the truth, and for democracy. Meanwhile, by twisting the institutions of democracy to their own ends, they have walled themselves off from accountability.

Many Republicans know this and are as alarmed by it as the rest of us. But the mutiny of the far right has locked them out of their bridge. Others know better but are just pandering to the mutineers. Like gutless shipmates they tell the pirates, “I was with you all along. Really. Really I was.”

For those who shrug off the lies because they are at the moment advancing something you desire, remember this. Once the lie becomes the accepted currency of power, the next liar may be coming for you.

The thing about lies, however, is that ultimately they are no match for reality. The lie that global warming is not happening will, sooner or later, give way to rising seas and burning forests. Let’s hope for sooner. Lies are temporary, and so is the power of liars. That’s the truth.