Clinton Now Polling Ahead of Obama Among Millennial Voters 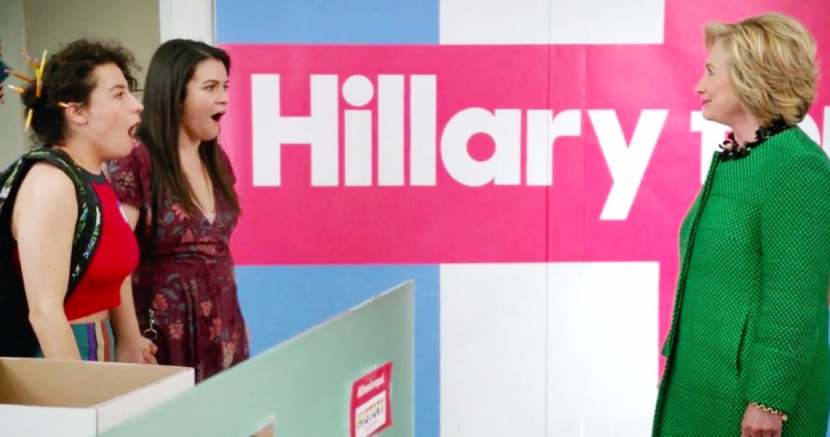 During the primary the biggest hurdle for the Clinton campaign was gaining the millennial vote. And just one month ago, a poll found Clinton only led Trump by two points with likely voters ages 18-29. Now a recent Harvard public opinion report shows Hillary is not only leading by 28 points, but she’s now surpassing President Obama’s 2012 numbers within the same millennial demographic.

As a millennial I find these poll results quite surprising

I’ve been a die-hard Hillary fan since out of the womb. I’ve read and reread her books, attended all of her events in my hometown, and even won a makeup contest with a Hillary inspired look.

However, I, like other millennials, was willing to sacrifice my loyalty to the Clinton campaign in order to vote for Sanders in the primary election.

Sanders ran as a challenger to establishment politics-- something that many believe Clinton represents. Because of this, when Sanders lost the party nomination, I found my peers had an extremely hard time accepting the defeat and switching over to the party-loyal Clinton.

Some of my friends decided to write in Bernie; others even voiced their support of a Trump presidency if it meant that the Democratic Party would see the error of not endorsing Sanders. For most, though, it simply came down to a decision between voting for Clinton, voting third party, or not voting at all.

Hillary’s improvement with millennials is no coincidence

Recently she has been taking full force of her celebrity campaign surrogates-- most notably, Miley Cyrus and Katy Perry-- to specifically target millennials. Whether it be through putting Miley to work canvassing at college campuses or Hillary herself appearing on the feminist comedy Broad City, Clinton’s push to improve her image among millennials is obvious.

However, it isn’t just her progressive platform and celebrity appearances that made her suddenly so popular among millennials-- it’s also Trump’s image downgrade.

Trump’s unfavorability rating is slowly creeping up among millennial voters, with 76 percent rating him as unfavorable.

His highly polarizing rhetoric and unfavorability is helping Clinton the most. Millennial voters who previously considered voting for third party candidates are now being pragmatic and voting for the candidate who will most viably defeat Trump. As such, the Clinton campaign isn’t having to work very hard sweeping up the third-party voters, either.

The Harvard poll also shows that Gary Johnson, the third-party candidate with the most support, only has a loyal base of about 60 percent with millennials, compared to Hillary’s 95 percent. This means that nearly 40 percent of Johnson supports will likely vote for a two-party candidate once election day comes around.

When you compare Hillary’s 2-point lead among millennials from a month ago to her 28-point lead now, it’s obvious that millennials are a big part of her path to victory.

After this month, I can honestly say I am proud of my generation for taking democracy seriously and getting behind the Clinton campaign. Due in part to us, Hillary-- one of the most accomplished, capable candidates-- is about to take the stride as first woman president in US history.